Purely by chance, I have just reached the 2018 episode in the royal-spoof series The Windsors on Netflix where Camilla ( Haydn Gwynne ) smiles wickedly at Meghan (Kathryn Drysdale) and whispers: “Yes, she'll fit in beautifully.”

Massive iceberg approaching all TV companies. The BBC presenter Samira Ahmed won an employment tribunal, arguing it was unfair for her to be paid only £440 for presenting each episode of Newswatch while a male presenter, Jeremy Vine, got £3,000 for presenting each episode of Points of View. The tribunal ruled that the two TV posts were “comparable work”. The Government's Equalities Office greeted the result by declaring: “Men and women who carry out the same jobs, similar jobs or work of equal value should always be paid the same. Equality is good for individuals, for the economy and for the country.”

This is a huge development which seems to go beyond gender and strikes at the heart of an industry built on stardom. The Beeb's argument that Vine was a bigger celebrity than Ahmed, and therefore worth more, seems to count for nothing. So now the dilemma. In every BBC regional newsroom across the UK, hundreds of producers and presenters are doing comparable work to both Ahmed and Vine for a relative pittance. Are all these loyal BBC minions now entitled to £3,000 per show? If not, why not? Above all, who's going to pay for it? (A clue: look in a mirror).

The veteran Walsall councillor Mike Bird suggests that some families are in poverty because they have more children than they can afford. I cannot think of a sensible answer to the reader who asks why nobody used the headline: “Politician states bleedin' obvious.”

Much scorn was poured on the Government for launching its Town of the Year competition in Wolverhampton, which happens to be a city, not a town. To be fair, despite all the fuss about getting city status back in 2001, Wolverhampton was not exactly transformed. It was years before the road-marking arrows indicating “Town Centre” were changed and, to this day, you'll rarely hear a Wulfrunian announce: “I'm just popping into the city.”

You may see news reports suggesting Vladimir Putin could not possibly be President of Russia after 2024 because that would mean either changing electoral laws or simply breaking them. And that's never going to happen, is it? Here is a useful Russian word: Немыслимый (unthinkable). In Russian politics it is usually pronounced with a sly smile while tapping the side of the nose.

Scientists in Helsinki are producing laboratory-grown food which some experts believe could one day replace farming. Not until they come up with a better trade name. This new protein flour is called Solein. For some of a certain age, it sounds unsettlingly like Soylent Green, the 1973 Charlton Heston movie in which a new wonder food turns out to be made of, well, don't let me spoil it for you.

Peter Rhodes on a smiling singleton, being handcuffed to the internet and a politician's act of self-destruction 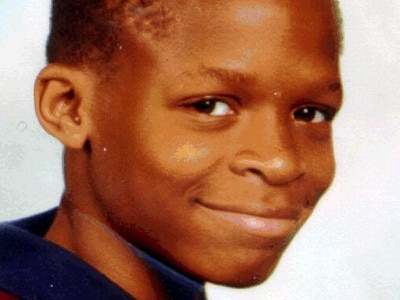