Peter Rhodes on the approaching Groundhog Day, facing a bowler bare-headed and a grisly tale of an inverted box

If you do not have a terrible sense of foreboding about this week, there is probably something seriously wrong with you. There are signs in the polls that we could wake up on Friday to Groundhog Day with another hung and paralysed Parliament, a dodgy coalition, the grim prospect of England being ruled from Scotland, two hateful and divisive referendums in 2020 and still no resolution to Brexit.

As I see it, the only way Boris Johnson can get a working majority is if thousands of voters who don't much like him are prepared to hold their noses and vote for him. And on the cold, miserable Election Day being forecast, how many potential nose-holders will be bothered to vote at all?

The death of Bob Willis at just 70 brings a flurry of footage from the 1970s and 1980s – and much reflection. How on earth did we ever allow cricketers to play the game without helmets? In the days of Willis's triumphs, players faced the bowler with little protection apart from that discreet object known as the box. Were we reckless back then or are we wimpish and over-cautious now?

Incidentally, in the days before plastic, the batsman's protective groin box was made of tin. At school our cricket coach made us wince by recalling the time a ball hit him smack on the box. With a terrible “ping!” his box turned inside out, instantly paralysing him. It took much sympathy and skill for his teammates to free him. At moments like that, he said, you find out who your friends are.

Don't you hate those advertisements that pop up in your emails, designed to snare the unwary? The latest declares: “Seniors can avoid thousands in funeral expenses.” Well, of course they can. Just don't die.

Still struggling to find the right Xmas pressies? I can thoroughly recommend the jigsaw I've just bought, thoughtfully created to drive even the keenest dissectologist round the bend. The picture is a plateful of Brussels sprouts.

It's that time of year again. Time to take the boats off their moorings at the lake and stow them ashore for the winter, safe from storms and ice damage. No more sailing until April. I watched my old boat being hauled on to its trailer with sadness. Twenty-nineteen was supposed to be my big sailing year but a combination of sciatica (in me) and algal bloom (in the lake) meant wasted weeks. “I haven't had my money's worth out of that boat this year,” I said to the wise old bosun. “Nobody ever does,” the wise old bosun replied.

The only consolation is that we're in good company. All over Britain people are putting away the hardware of their summer dreams, from dinghies to classic cars, from golf clubs to beach umbrellas and muttering the same: “We didn't get our money's worth out of that.” Of course you didn't. That's what next year is for. 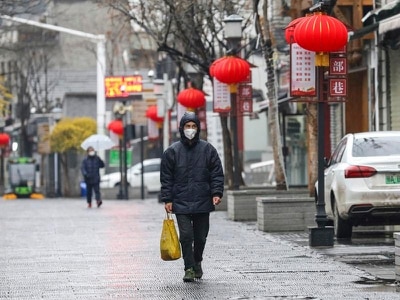 Virus death toll in China rises to 56 with almost 2,000 cases