The Labour leader wrote a message in his glasses telling people to register to vote.

Jeremy Corbyn has adopted a meme to encourage people to register to vote by writing a hidden message in a photo on Twitter.

Posting a photo of himself, the Labour leader wrote on Twitter: “Zoom in on my glasses.”

Zooming into Mr Corbyn’s glasses, a message in small white font reads: “Register to vote by 11.59 today. Link in my bio.”

The “zoom in” meme format took off in 2017, in which the poster writes tiny text on an image revealing a message, most popularly wholesome notes like “you are beautiful”.

Denny’s restaurant even took part in the meme two years ago, writing “has this distracted you from overwhelming existential dread lol” in whipped cream.

According to Government figures, nearly three million people have applied to register to vote in the past month.

A last-minute surge in people registering to vote is expected ahead of the 11.59pm deadline on Tuesday.

To be able to vote in the General Election on December 12, a person must be registered to vote, aged 18 or over on polling day, and also be either a UK or Irish citizen or a qualifying Commonwealth citizen resident in the UK. 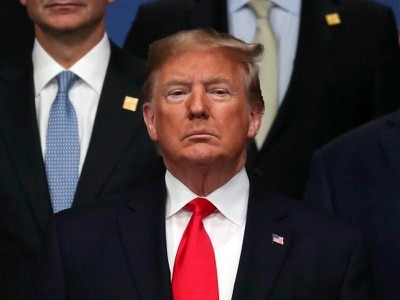