Oscar Saxelby-Lee’s treatment in Singapore was paid for after a £600,000 crowd-funding appeal.

The parents of a poorly five-year-old boy are “rejoicing” after tests showed a cutting-edge cancer treatment has left him leukaemia free.

Oscar Saxelby-Lee and his family flew halfway round the world for the ground-breaking CAR-T clinical trial treatment in Singapore.

He was able to travel along with his mother Olivia Saxelby and father Jamie Lee after a crowd-funding appeal raised more than £600,000.

Following his treatment, tests have shown Oscar, from Worcester, is now leukaemia free for the first time since being diagnosed at the end of 2018.

Oscar still needs another bone marrow transplant but his family described the latest results as the “greatest news”.

His mother and father said Oscar had gone “from ‘his disease is too aggressive’ and starting palliative care to ‘MRD (minimal residual disease) negative’.”

“No disease detected,” they told supporters, via the youngster’s Facebook appeal page.

“We know it’s early days and anything can happen especially with his bone marrow being flat, but for now we are celebrating the news that we never thought we would hear.

His parents added: “Although Oscar still needs another bone marrow transplant and we are a long way off full recovery to come home, we are rejoicing at this magical time in our lives!

“Keep going darling boy, this is just the beginning.”

The youngster underwent a bone marrow transplant in May last year after a donor search saw thousands of people from across the UK queue up for a public sign-up event in his home city to register in a bid to help.

Following the transplant procedure, Oscar was briefly cancer-free but the leukaemia returned, sparking the crowd-funding appeal.

Oscar has T-cell acute lymphoblastic leukaemia, which is difficult to treat and means he has been in and out of hospital constantly.

He was unable to get further treatment through the NHS, as he would only become eligible for a new stem cell transplant once 12 months had passed since the first.

His family said that the only real option left for Oscar was the clinical trial in Singapore.

Environment | Less than an hour ago

Shapps: Train companies have ‘more to do’ despite rise in punctuality 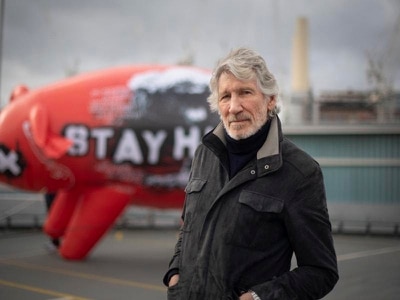