Laura Clarke, the UK High Commissioner to New Zealand and Samoa, said the family of the two women was being supported.

Two British women have been injured after a volcanic island in New Zealand erupted, killing at least five people.

White Island erupted with a large plume of ash and steam on Monday while dozens of people were exploring New Zealand’s most active volcano.

The UK High Commissioner to New Zealand and Samoa, Laura Clarke, said in a tweet on Monday night: “We are supporting the family of two British women who have been hospitalised in New Zealand.

“My team are deploying to offer assistance in person and we remain in close contact with New Zealand authorities.”

The news came after New Zealand Prime Minister Jacinda Ardern said British nationals are among those missing or injured after Monday’s eruption.

She confirmed that 47 people travelled to White Island on Monday and five have been confirmed dead.

A total of 31 people are still in hospital and another three have been discharged, Ms Ardern said. Eight are missing.

Speaking at a press conference on Tuesday morning local time, Ms Ardern said New Zealanders, as well as tourists from the UK, US, Australia, China and Malaysia, are among the missing and injured.

She said: “To those who have lost or are missing family and friends, we share in your unfathomable grief at this moment in time and in your sorrow.

When asked if there was any chance any of the missing people survived, Superintendent Bruce Bird, the acting assistant commissioner for districts, said: “The pilot went out there and spent about 45 minutes and has provided a pretty good indication that we do not believe anyone else has survived the explosion.”

He added that “some people” could be seen from the helicopter.

A missing persons list which aims to reunite concerned family members with their loved ones shows up to five people with a UK birthplace still unaccounted for.

Aerial footage showed “no signs of life” on the island following the eruption, according to New Zealand police, who said they do not expect to find any more survivors.

Rescue teams were unable to access the island on foot due to unstable conditions hours after the eruption, which occurred shortly after 2pm local time on Monday.

The New Zealand Red Cross activated the missing list to allow people to self-register as safe and well, or to register details of a person they have lost contact with.

Information on the list is submitted by members of public.

Angela Sutherland, general manager of disaster risk management at the New Zealand Red Cross, urged anyone worried about friends or family to “first contact them as you normally would”.

“Using your own channels can help to speed up the process and helps response agencies as well,” she said.

White Island is in the Bay of Plenty, near the town of Tauranga on North Island.

The active volcano is a tourist hotspot but has erupted several times before, most recently in 2016 and during the 2012/13 period.

Footage posted on social media by tourists in nearby boats showed thick smoke billowing up to 12,000ft in the air as people could be spotted along the shore of the island.

Some of those involved were guests from the Royal Caribbean International cruise ship Ovation of the Seas.

A Royal Caribbean spokesman said: “We are working together with local authorities and we are providing all the help and care we can to our guests and their families, including offering medical resources and counselling.

“We are also sending staff members from both our ship and our Sydney and Auckland offices to assist family members however possible.

“Ovation of the Seas will remain in port as as long as needed to assist with the situation.”

The vessel was due to sail to the capital Wellington on Monday night but the company said it would remain in the Tauranga port overnight until it learned more about the situation.

Pair jailed after smuggling £60m of cocaine on yacht 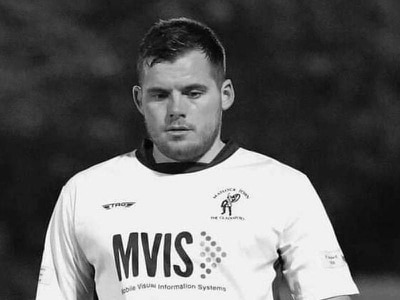