Brexit Party candidate: Only the Tories can deliver Brexit

A Brexit Party candidate has vowed to do his bit to help Boris Johnson win a majority in the general election, saying: "The Conservatives are the only party that can get us out of the EU."

Raj Singh Chaggar, who is Nigel Farage's candidate in the Labour stronghold of Wolverhampton South East, said he can help the Tories by taking votes from Labour Leave supporters.

He said the seat was historically "too red" to go Conservative, but believes that pro-Brexit Labour supporters who feel abandoned by Jeremy Corbyn's party may vote for him – potentially paving the way for a Tory win.

"The deal that Boris has got on the table does not go far enough, but it is certainly better than Theresa May's deal," he said.

His comments came as the Brexit Party continued to implode, with three MEPs infuriating Mr Farage by resigning the party whip to endorse the Tories.

Mr Singh Chaggar was a Conservative member until a few months ago and stood unsuccessfully as a Tory candidate in May's Wolverhampton Council elections.

He says he quit the party over Mrs May's failure to deliver Brexit, but now sees himself as a "middle mark" in the bid to oust Remain supporting Labour candidate Pat McFadden in Wolverhampton South East.

"I want to make a change," he said, adding: "Pat McFadden has not done anything for the area."

Mr Singh Chaggar moved to the UK from Uganda in the late 1960s and grew up in Heath Town and Bilston. He has not ruled out his own chances of victory in the election, claiming that the strong pro-Brexit feeling in the constituency would play into his hands.

He says that if he gets elected he will open up a shop in Bilston where people can meet him, and wants to "bring in jobs and regenerate the area".

To improve Bilston, he said: "We have just got to bring small businesses in that will employ small people."

Commenting on the decision of MEPs – including Annunziata Rees-Mogg – to quit the party and back the Tories, Mr Singh Chaggar said: "It came as a major shock as I did not expect them to move over.

"I agree 100 per cent with what Nigel [Farage] is saying. We know we can attract Labour votes." 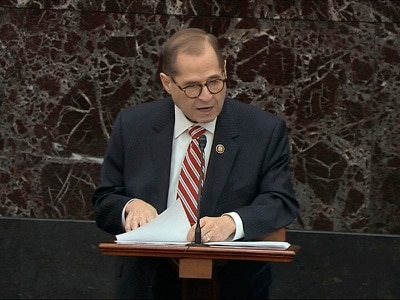