The former Sainsbury's supermarket in Wolverhampton city centre will remain empty for the foreseeable future with no current plans for the site.

It is hoped the old store at St George's will eventually be redeveloped, with potential uses including housing and shops

But the city council confirmed there were no specific plans for the building at this stage.

The large site has remained empty since Sainsbury's moved to a new supermarket on the ring road in 2015.

The council's chief executive Tim Johnson previously said the authority was in talks with housing developers over the store.

Although the building is empty, the council still makes £1.2 million a year from it in rent as Sainsbury's is tied into a 35-year lease which has five years remaining.

Council chiefs are keen to find a developer for the site to help continue the transformation of the city centre, which will eventually include the £55m Westside scheme.

Bosses are due to approve the strategy for the future of the site including the lease with Sainsbury's by the end of March, council documents show.

A Wolverhampton Council spokesman said: “The former St George’s site is a key site in the council’s City Centre Investment Prospectus and is earmarked for future redevelopment.

"Planning policy guidance for the site refers to a mix of uses appropriate for the site including retail, offices, food and drink, residential, education, open space, community and leisure.

"The site currently remains under lease to Sainsbury’s and there is no fixed proposal for the site at this stage.”

Mr Johnson told the Express & Star two years ago that if and when the former Sainsbury's is redeveloped "it is much more likely it will be a residentially-led development".

Opposition leader Councillor Wendy Thompson said: "We definitely want to see it being used. We want to see people being brought into that part of the city centre, whether it's residential or retail."

BMW to take over vacant site in Walsall 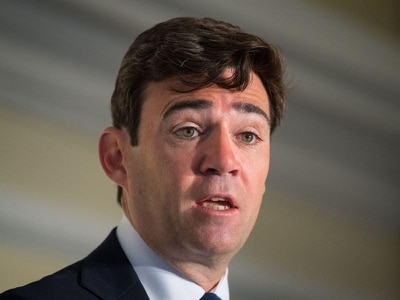