An armed father of three who tried to drown a police officer after being caught with a loaded gun and £1,200 cash has been locked up for more than nine years.

Calvert Batchelor was stopped after his car was spotted missing a number plate during a multi-agency road safety operation at Bescot Retail Park in Walsall on July 17 last year.

Officers could see the 39-year-old was anxious and nervous when asked to get out of the black VW Golf in which he was travelling alone, Wolverhampton Crown Court heard.

"He had good reason to behave like that because a pistol with four live rounds in the magazine was in the driver's side door pocket," revealed Mr Peter Arnold, prosecuting.

Batchelor got back into the vehicle in a bid to hide the weapon but was ordered out and bolted when a police officer took a closer look at the inside of the VW.

The defendant fled across the car park, down a bank and into a storm drain tunnel, said the prosecutor who continued: "With a significant amount of bravery Pc Paul Newman took it upon himself to enter the forbidding tunnel which was filled with silt, mud, accumulated debris and water."

The further the officer went, the lower the ever darkening tunnel became, and after he shouted to the defendant that there was nowhere to go, Batchelor tried to hit him with a tree branch but there was not enough room.

He grabbed the officer round the head with one hand, restricting his movement, and started gouging out his eyes.

Then the defendant grabbed him by the jaw with his thumb under the chin and three fingers pressed against the bottom teeth "like the grip on a bowling ball," punching a hole through the floor of the mouth, it was said.

As the Pc tried to bite back he was caught off balance and landed on his back on a mud bank from which Batchelor dragged him to where the brook ran deeper and forced his head under the water.

The officer feared he was not going to get out alive and explained: "It felt like it lasted 30 seconds but it was probably more like ten."

In a frantic fight for life he battered the attacker with his torch until he freed himself and shouted for help.

Courageous Pc Holly Necchi struggled through hip-high mud and debris to help arrest Batchelor and get him out of the tunnel.

Mr Arnold concluded: "This was a serious and prolonged attack on a police officer causing significant injury and lasting effects."

Pc Newman suffered badly bruised eyes, teeth forced out of alignment and considerable psychological harm which is still preventing him from returning to work.

Mr Simon Rippon, defending, said Batchelor had no history of violence and added: "He did not intend to cause serious injury but acknowledges he did and apologises."

The Glock pistol loaded with four live rounds found in the VW has not been linked to any other offence. It was originally a blank-firing pistol which had been illegally modified to fire live rounds.

The cash was alleged to have come from his work as an events manager.

The defendant, from Alma Street, Newtown, admitted causing grievous bodily harm, possession of a prohibited firearm and possession of ammunition without a certificate.

He was jailed for nine years and four months by Judge Rhona Campbell, who said: "It is imperative that matters of this nature are dealt with severely."

Chi Insp Rachel Joyce, from the Central Motorway Police Group, said: “This was a grotesque, violent attack on a brave police officer.

"Pc Newman suffered nasty facial injuries and is still managing the long term psychological impact of being involved in such a traumatic incident.

"Attacks like this are totally unacceptable and we will always push for the toughest possible penalty against anyone who abuses our staff.

"I’m glad the courts have recognised the severity of this incident and handed Batchelor a long jail term.

"We all wish Paul the very best in his continued recovery and hope to welcome him back to the police family when he is ready." 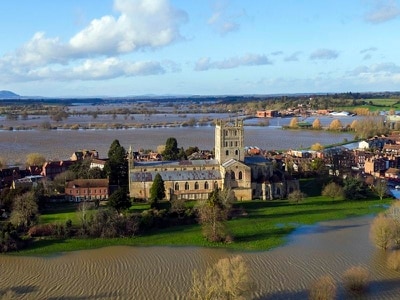