A man has been charged with murder over the death of student Rezwan Ali at a house party in Walsall more than two years ago.

He suffered a knife wound to his chest and was pronounced dead at the scene.

Rajan Natt, from Castle Street in Hill Top, West Bromwich, has been charged on suspicion of his murder.

The 20-year-old was arrested today and will be held in custody before appearing at Birmingham Magistrates' Court tomorrow morning.

Five others who were also arrested on suspicion of murder were released pending further investigation.

Detective Inspector Nick Barnes, from West Midlands Police's homicide team, said: "This is a complex investigation but we are committed to getting answers for Rezwan’s family.

“I continue to appeal to anyone with any information, who hasn’t yet spoken to us for whatever reason, to get in touch.

“Rezwan’s death was a tragic and senseless loss of life and my thoughts remain with those close to him."

Anyone with information, or anyone who was at the house party in Willows Road on that night, is asked to call West Midlands Police on 101. 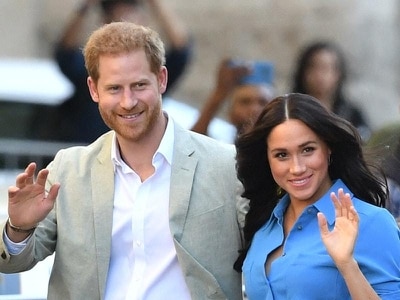 Harry and Meghan drop plans to use ‘SussexRoyal’ branding