'This was a nasty robbery': Police hunt masked raiders who struck shop worker with hammer

Two armed robbers remain on the run after assaulting a shop worker with a hammer and stealing cash and cigarettes. 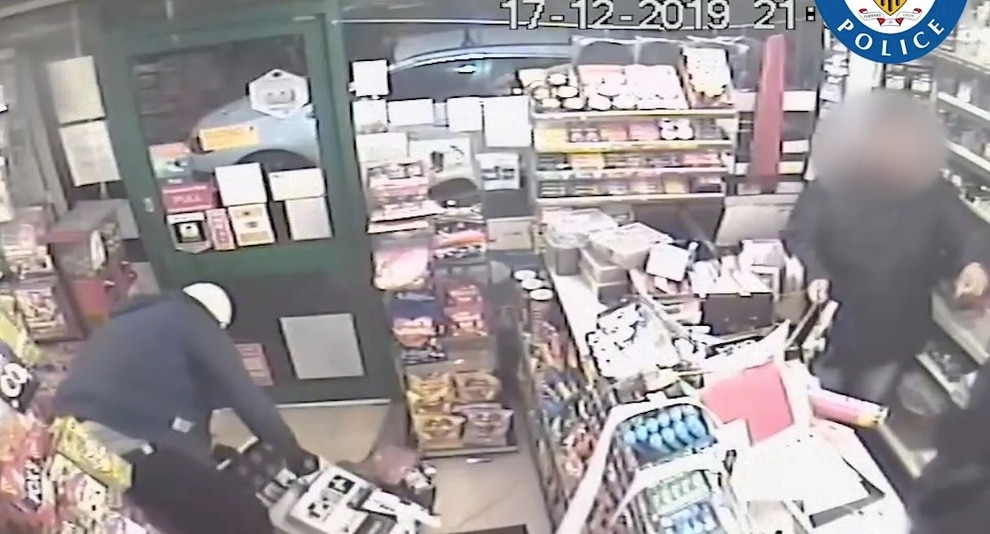 As one man smashes up the till, the other strikes a terrified shop worker with a hammer 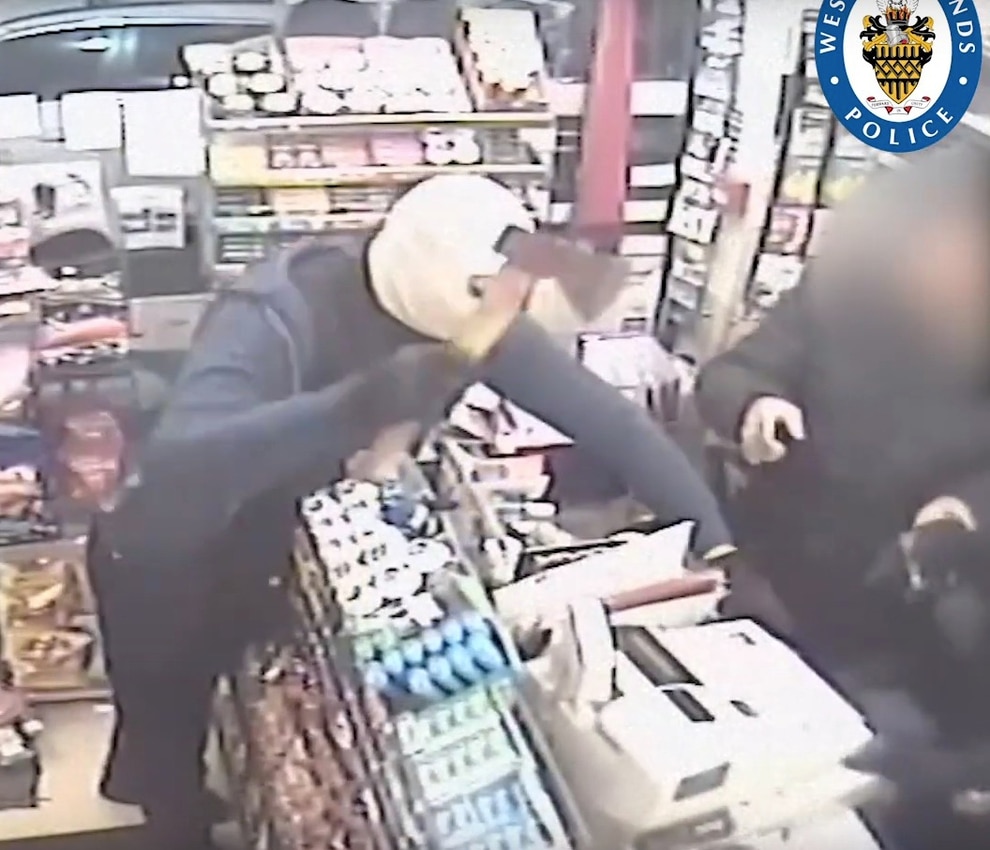 The man wielding an axe smashes up the till 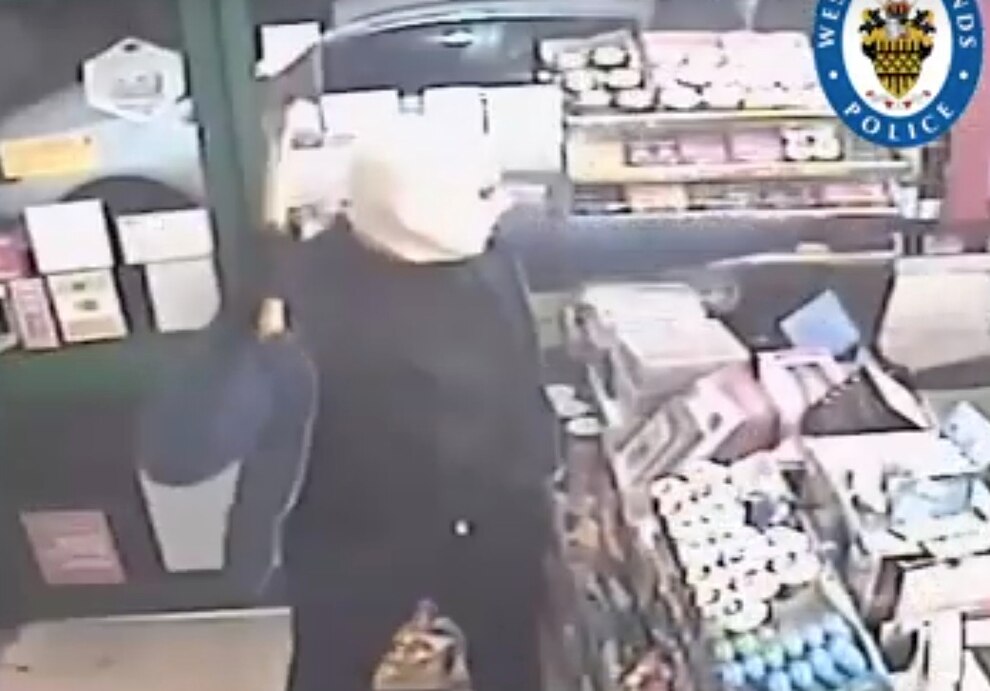 One of the men threatens the worker with an axe 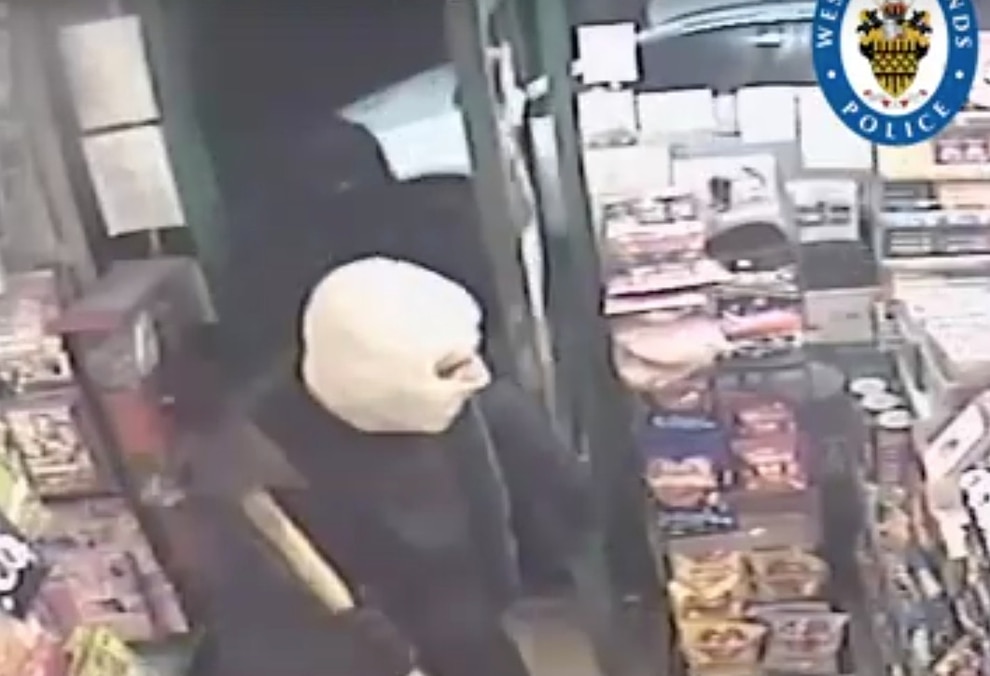 The masked men enter the store

The masked men, armed with an axe and hammer, targeted GMP Off Licence, in Long Knowle Lane, Wednesfield, just before 10pm on December 17.

One of them went round the counter and struck the terrified worker twice on the arm with a hammer which caused bruising and swelling.

At the same time, the other man threatened the worker with an axe before smashing up the till and leaving it strewn on the floor.

The duo then fled on foot with a quantity of cash and cigarettes.

West Midlands Police has released footage in a bid to catch the robbers.

PC Mark Turner, from the force's criminal investigation department based at Wolverhampton, said: "This was nasty robbery where the men involved had weapons and were not afraid to use them.

"Fortunately the shop worker wasn’t seriously injured but we don’t underestimate the distress of being in such a situation. I would urge anyone who can help our enquiries to come forward."

Anyone with information is asked to contact police and quote crime reference number 20WV/298053G/19.

Pedestrian, 70, seriously injured after being hit by car in Wednesbury

Man jailed for historical sex offences against a child in Stafford

Police still appealing for help after stabbing in Great Barr