The middle man between Albanian gangsters and Midland drug dealers who bought two handguns and ammunition was starting a 14 year jail sentence today. 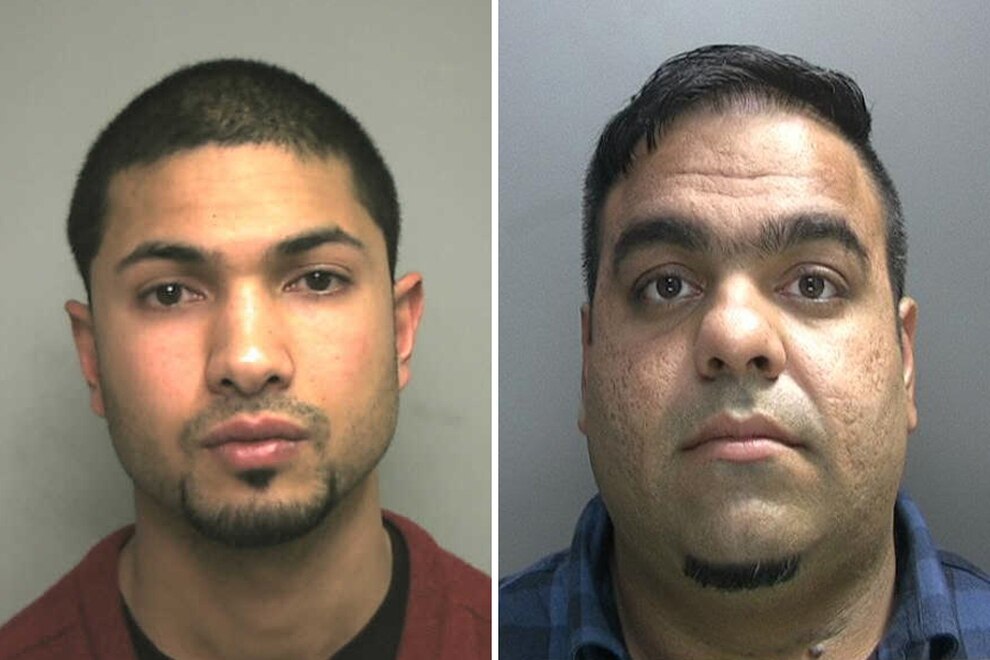 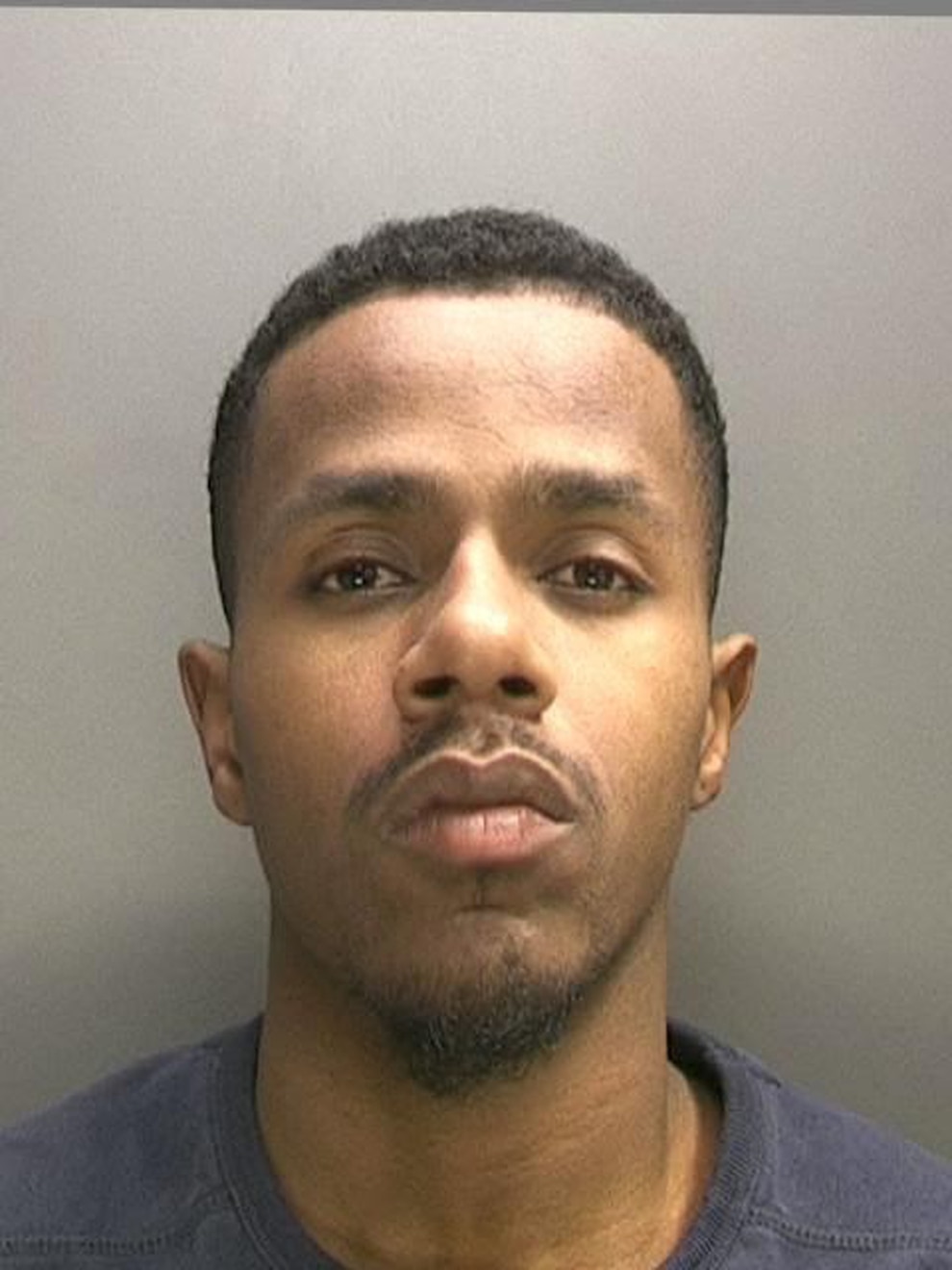 Khalad Uddin 'pulled the strings' when his courier - Sadaqat Ali - collected the arms cache from a former soldier who used to stand guard at Buckingham Palace.

Ex guardsman Jermal Simpson met Ali for the hand over in the car park behind a Spar store in Lawnswood Road, Kingswinford on August 3 last year.

But under cover police officers kept watch as the transfer took place and were waiting when Ali returned to his home in Madeley Road, Dudley four minutes after leaving the meeting.

The two 9mm guns and 12 live rounds of ammunition were in an Adidas shoe box in the passenger foot well of the VW Sharan.

Simpson's Seat was stopped by armed police in Moss Grove, Kingswinford minutes later. Almost £2,000 cash was hidden under one of its seats.

Mobile phones taken from the arrested men revealed Ali had been making and receiving calls to and from 35-year-old Uddin before collecting the weapons.

Mr Martyn Bowyer, prosecuting, told the jury: "Simpson was the delivery boy and Ali had been the collector with the strings being pulled from a safe distance by their puppet masters who directed the transfer."

Uddin admitted arranging the transfer of cash to the Albanian criminals from a Midland gang in payment for drugs but denied involvement in the gun deal.

When arrested at his home in Scholars Mews, Oxford on October 19 a bullet proof flak jacket was found at the address.

The jury unanimously convicted him and a 26-year-old man, who cannot be named for legal reasons, of conspiracy to transfer firearms and ammunition.

Judge Nicholas Webb said Uddin had admitted being part of a conspiracy to supply cocaine with a gang whose 'tentacles' stretched from London to the West Country and the Midlands.

The judge pointed out that a bullet proof flak jacket had been found at Uddin's and continued: "Your role extended to getting firearms and ammunition. You wanted these for others, and possibly yourself

"The gravity of gun crime cannot be exaggerated. You and the 26-year-old man arranged for your agents to meet up."

The jury unanimously convicted him and the 26-year-old man of conspiracy to transfer firearms and ammunition.

Simpson, aged 24, from Parker Street, Bloxwich, who struggled to find work after leaving the army, was acquitted of conspiracy to transfer firearms and ammunition but found guilty of selling or transferring the weapons and bullets and being in possession of money from criminal activity.

It was accepted that he might have believed the package held a half kilo of cocaine rather than weapons. He was jailed for seven and a half years.

Father of four Ali, aged 35, had pleaded guilty to acquiring or purchasing the guns and ammunition and was sent to prison for six years.

From guards to gangs: How pair ended up behind bars

One came from a successful family with a judge among their friends while the other had been trusted to stand guard outside Buckingham Palace.

But Khalad Uddin and former soldier Jermal Simpson were both involved in the hand over of two lethal handguns and live ammunition to dangerous criminals.

Undercover police officers watched father-of-four Sadaquat Ali collect the weapons from the car of the 24-year-old ex-guardsman at a rendezvous behind a Spar store in Lawnswood Road, Kingswinford on August 3.

Four minutes later 35-year-old Ali was arrested with the cache on the driveway of his home in Madeley Road, Dudley, while £2,000 was found hidden under a seat of Simpson’s Seat when it was stopped shortly afterwards.

Mobile phones taken from the detained duo revealed 35-year-old Ali had been making and receiving calls to and from Uddin.

Mr Martyn Bowyer, prosecuting, said: “Simpson was the delivery boy and Ali had been the collector with the strings being pulled from a safe distance by their puppet masters, Uddin and another man.”

Uddin arranged for drugs cash to be paid to Albanian gangsters by a drugs ring, Wolverhampton Crown Court heard.

Hundreds of thousands of pounds worth of cash were found when his home in Scholars Mews, Oxford, and other addresses linked to him were searched after his arrest in October.

He was among five siblings who all did well at school but had an ‘extraordinary fall from grace’ when recruited as the criminal middle man because his accent was more easily understood than those of the Midland drug dealers, said Mr Peter De Feu, defending.

Character references included one linked to the family of a judge.

Judge Nicholas Webb, who jailed jailed Uddin for 14 years, said: “Those in a drug trade involving hundreds of thousands of pounds have guns to kill or maim, particularly if they have the ammunition.

"You have pleaded guilty to your part in a conspiracy to supply drugs and this was very serious, organised crime.”

Mr David Isles, who was defending Simpson, said the former soldier had stood guard at Buckingham Palace but turned to crime after failing to find work on laving the army and had even been rejected when he applied to put cones out at road works. 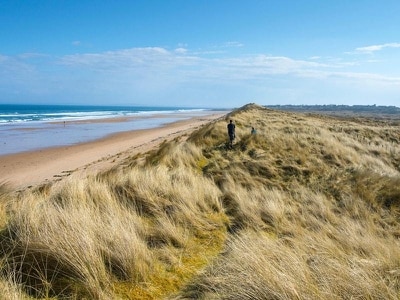