The RAF chap thought he would make a surprise visit to Walsall – but ended up making a surprise prang. 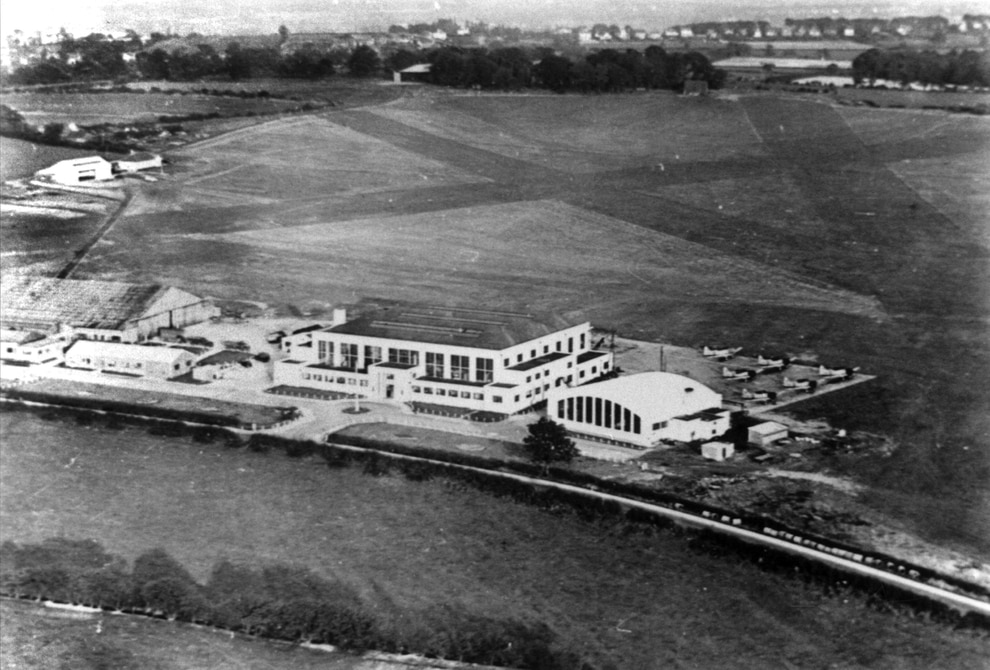 The aerodrome, where Helliwells factory was involved in repairing aircraft such as the Harvard trainer. 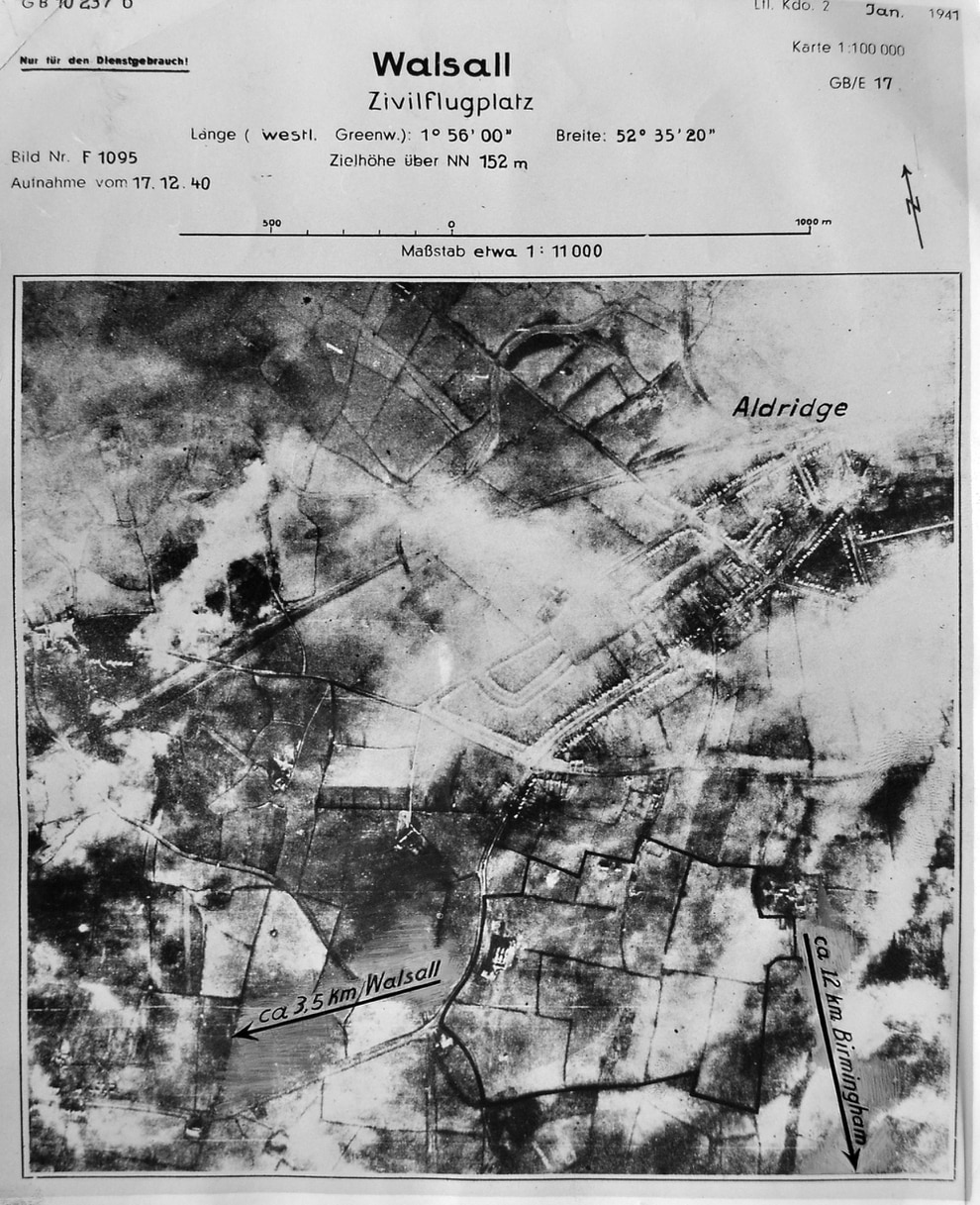 This Luftwaffe target map marked out Walsall's airport in black. 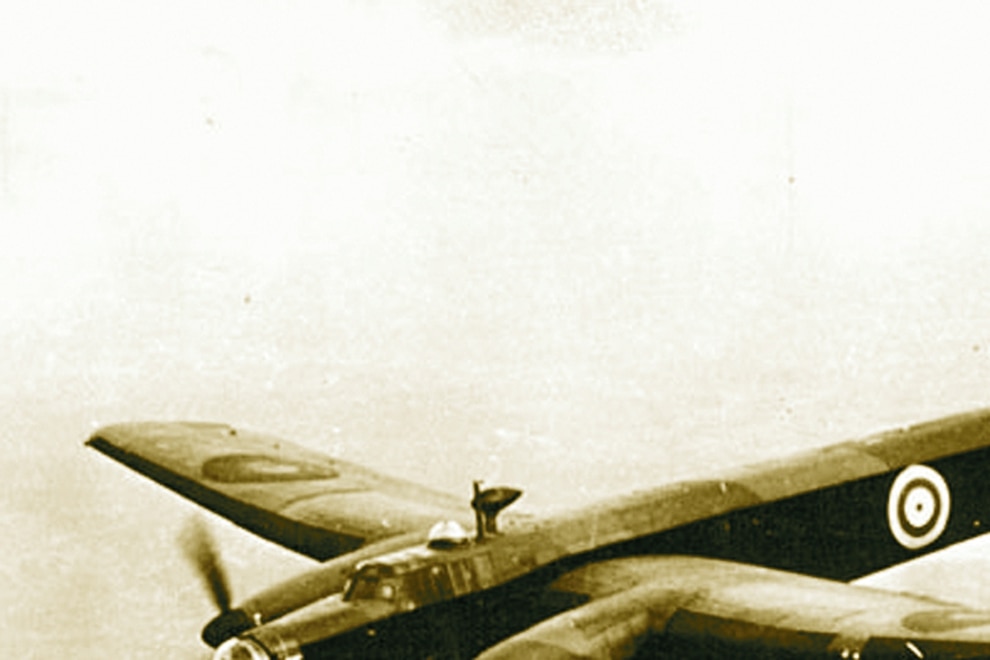 An Armstrong Whitworth Whitley bomber – John Huskisson thinks it was one of these that he saw at Walsall Airport.

And 94-year-old John Huskisson jumped on his bike to get a close look.

Our recent spotlight on a new book by Wolverhampton aviation historian Alec Brew about Staffordshire's airfields, which includes a section on Walsall Airport, caught the eye of Mr Huskisson, of Cobden Street, Walsall.

"You carried a picture of the old hangar, and it brought back memories.

"During the war, this Whitley bomber, I think it was, made a forced landing at Walsall Airport," he recalled.

"The story went around at the time that the pilot had a family in Walsall and was on a cross country flight and decided to drop in. Unfortunately the airport, which had a grass runway, was not big enough. He ended up at the corner of the airport with his one wing across the Walsall to Aldridge main road.

"Me and my friend were schoolboys at the time and we cycled to have a look at this bomber. It hadn't been damaged much."

"They went to Walsall Airport for maintenance and repairs. They would fly them around. The noise – oh crikey! They wouldn't allow it today. You could hear them a mile away.

"I've always been interested in things like that. I was very keen. We used to cycle to Castle Bromwich, where there was an airport which had fighter planes. We used to watch them flying."

A journalist in Shropshire for 40 years, mainly writes features and columns, especially about aspects of Shropshire history. Lives in Telford and is based at the Ketley headquarters.

Why Tipton retains its charm despite sweeping changes to industrial heritage 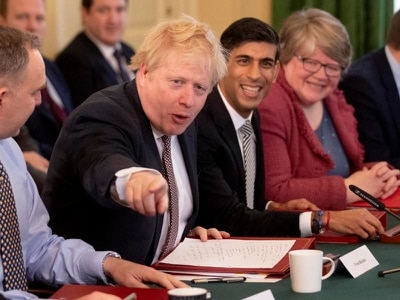 Treasury officials to be moved north in Budget 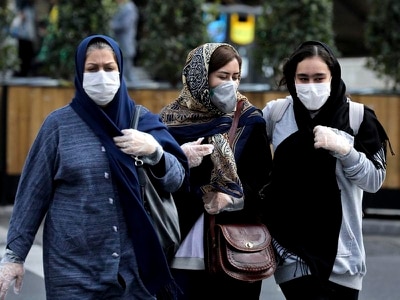