How do you like your eggs in the morning? 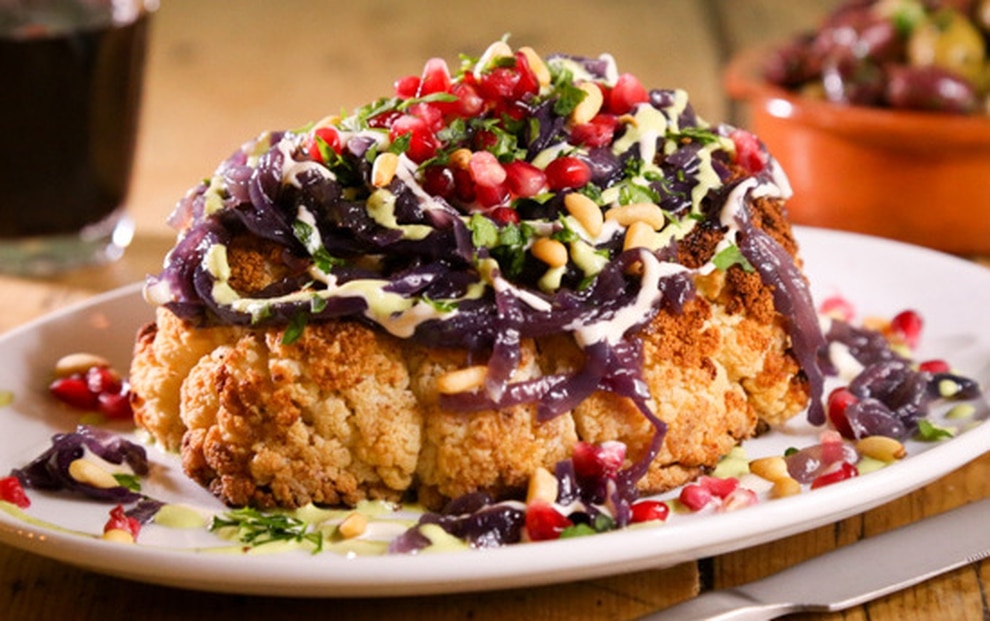 A taste of Lebanon – the cauliflower shawarma is inspired by Beiruit street food and served with fattoush salad, warm flatbread, fried potatoes and tahini dressing 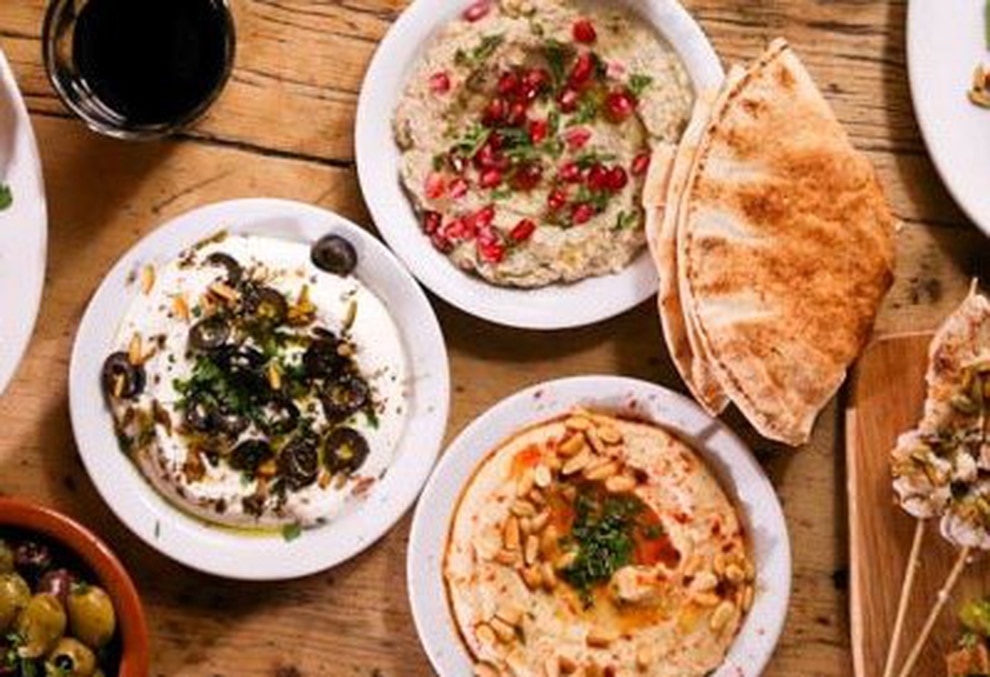 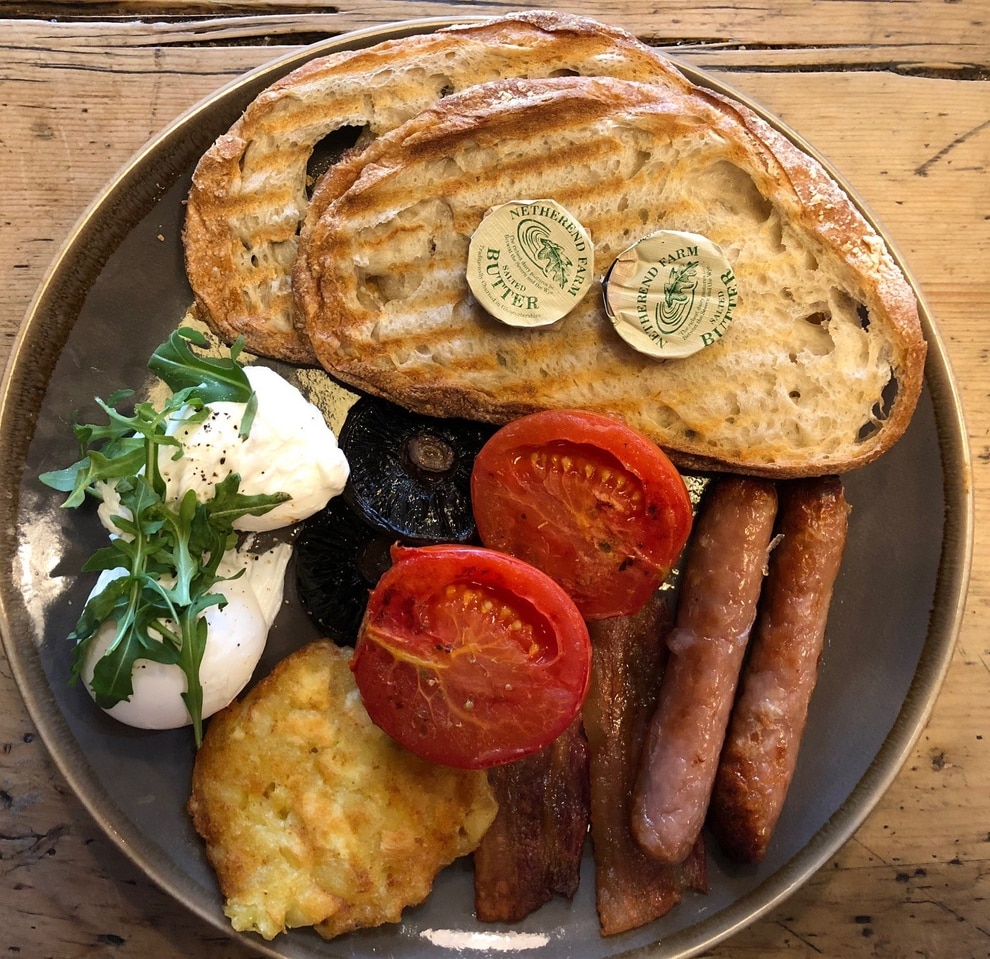 Well, since you’re asking, I like them poached or scrambled and served at Lewis’s.

For those in the know, Lewis’s serves up the best brunch in Brum. And I’m in the know because I’ve tried a few and always end up returning to Lewis’s.

They do what so many other places claim to be able to but don’t quite manage it: choose quality ingredients and cook them really well. It sounds simple and it is, but so many other joints miss the mark. Add into that Lewis’s convivial surroundings and easy-going service and you’ve got the perfect neighbourhood restaurant.

The all-day brunch menu features all the things you really want to eat – at any time of day – from smashed avocado on sourdough toast to the full works comprising sausage, bacon, rosti, mushroom, tomatoes, toast and eggs – scrambled or poached. There’s also salads, soups and sandwiches. Oh, and magnificent cakes.

Sourdough bread is from Hockley’s Peel & Stone bakery, butter is from Gloucestershire’s Netherend Farm, and all the meat and eggs are free-range and organic. It sounds idyllic. And it is.

And their flat whites – using Monmouth Coffee and organic milk – are a thing of beauty. My other half – a self-confessed flat white snob – constantly bemoans that nowhere makes them quite like Lewis’s.

The St Mary’s Row café has been a brunch hotspot since it was opened by young foodie Lewis Reeves in 2014. With its mismatched furniture, sharing tables, it’s a welcome hub for the local community; it doesn’t try too hard, it’s not at all intimidating. Moseley mums and toddlers sit alongside OAPs, families, friends and solo diners tap, tap, tapping away at Macbooks. It’s harmonious, something you can’t manufacture.

On Thursday, Friday and Saturday evenings it opens its doors (and if it’s sunny, its windows), throws the brunch menu out with it and serves Lebanese food.

Middle Eastern food was always the plan for the evening. However, we’d planned to head to nearby Damascena, which does a mean falafel and hummus smoother than Sean Connery’s 007. But on realising that Lewis’s was still open and holding one of its ‘Gemmayzeh Nights’ we decided to head there instead for no other reason than it was somewhere different.

We enjoyed our usual warm welcome and took a large table near the front of the restaurant which was still benefiting from the early evening sunshine. Served a carafe of water, we were left to peruse the menu.

Named after a neighborhood in the Rmeil district of Beirut, Gemmayzeh is one of the city’s bohemian quarters – perhaps a bit like Moseley, considered one of Brum’s beatnik districts; you’ll always be in close proximity to someone in jauntily placed trilby hat.

It’s worth mentioning that there’s a small selection of Lebanese wines available, including a Ksara Cabernet Sauvignon and Chateau Musar Hochar & Fils. The other half, however, basking in the still-warm-sunshine opted for a couple of bottles of Beirut Beers.

With the little one in tow we opted for a couple of sharing plates and a lamb shawarma between the three of us.

We overheard a customer questioning one of the waitresses about the providence of the ingredients; have the tomatoes been flown in from Lebanon, etc, etc. Had he not been to Nima Delicatessen across the road? “And is the chef Lebanese?” he asked, rather pompously, I might add.

In response the waitress was very gracious informing the diner that: “Lebanese chefs were quite hard to find.”

What matters, surely, is that the chef has talent, passion and creates food with love, not the colour of their passport? I know plenty of Brits who can’t roast beef for toffee, and many others who cook a wicked curry. One of Birmingham’s newest restaurants, Gajin Sushi, has enjoyed rave reviews for its fine Japanese fare – even though the chef is, wait for it, Polish. And so if the other food at Lewis’s is anything to go by, the Lebanese food would be spectacular. And it was. Truly, lipsmackingly delish, we wish we’d ordered more.

First to arrive was the trio of dips – hummus, moutabel and labneh – and they were silky, rich and moreish. The labneh – thick strained yogurt – was fudgey and topped with slices of black olives and a pistachio dust. The hummus glistened with green olive oil, paprika and pine nuts, while the moutabel aubergine dip, garnished with pomegranate seeds, was a sinewy delight. It all came with a pile of crisp lavash bread.

Next came the grilled halloumi with cucumber, mint and garlic, which was more than a sum of its part. The cheese was hot, salty and unctuous. It was quickly joined by the lamb shawarma, comprising a pile of shredded meat, fattoush salad, pickles, fried potatoes and more lavash bread. The lamb was tender and sweet, if a little fatty for our liking, while the accompanying salads added just the right balance of sharp piquancy to cut through the richness of the meat. Our little girl took ownership of the seasoned fried potatoes before moving on to the dregs of hummus. She also snaffled all the olives atop the labneh. She happily informed the waitress that her favourite part of the meal was the ‘hummus’.

We couldn’t resist ordering a dessert despite having gorged on savouries. I fancied the salted caramel and pistachio cheesecake but instead agreed to share the saffron poached pears with baklava and vanilla ice cream. We weren’t disappointed for it was an elegant and delicate pudding. The baklava was as syrupy as it should be, the ice cream luxurious. The pear was soft and sweet.

We settled the bill, which included a bottle sparkling water and two beers. It came to £46 including a tip, a good price for such a feast. We agreed to return soon to try more of their Lebanese offering.

And while Lewis’s is the king of brunch, it’s also the queen of the Beirut.

How do you like your Lebanese in the evening? Since you’re asking, I like mine served at Lewis’s.

Los Angeles? I like living in Sheffield - Human League's Susan Ann Sulley talks ahead of gig at Wolverhampton Racecourse