The final whistle has blown for a long-running football team and the man who has been at the heart of the club for the last 50 years.

Martin Stanley has dedicated much of his life to Spartak FC and said it had “been a pleasure” to play and manage the team throughout the past five decades but the time has come to call it a day.

It also spells the end of an era for the club, which played in the Wolverhampton Sunday League.

It will now disband due to a lack of players and management.

Sedgley man Mr Stanley, aged 68, said: “The club is now finished. There’s no-one to take it over and it’s a natural ending for it.

“It’s mixed emotions. I’m glad how it’s gone over the years. I’ve made so many friends for life and they have as well through the team.

“It’s great to bring people together and there has never been a big bust-up or fallout over the years.

“When my son was playing we had his age group playing, but now we’ve kind of lost the ability to attract younger players and they don’t seem to be interested.

“Walsall and a Sandwell league have gone, Dudley and Cradley Heath league has gone and Wolverhampton is still going, but over the last four or five years the numbers have dwindled.

“Personally, I would’ve carried on but our last manager, who has been marvellous, his son has come to the age where he is playing for another team and so he can’t help me out.

“And I don’t want to do this on my own – plus my son is moving to Ireland and my daughter is in Lincoln.

“I just have not got the time to dedicate as I did have.”

The club reached the top league in Wolverhampton Sunday League for the first time in its history, which meant the club was “finishing on a high”.

Mr Stanley first joined the team with a group of friends, aged only 18, in 1969.

Since then, he has played at least once in every season in the Wolverhampton Sunday League – up until 2012. He said: “I played every season and it was always like a mates team.

“It’s always been like that – we’ve never gone round poaching players.

“We started in 1969, our first season, and then in the Wolverhampton Sunday League in 1970.

“It just progressed from there.

“We won a couple of cups and worked our way up through the divisions.

“Last season we got to the Premier League of the Sunday League after 50 seasons of trying.”

Starting out, players for the squad used to play in white T-shirts – having no official kit due to the cost.

“You didn’t need a number in those days.

“We started in division nine in the Sunday League and that was in 1970.

“But we played in 1969 and you had to prove that you were capable of running the team before we got into the league, and so there was a friendly league.

“Over the years we’ve probably only had five managers and it’s been a joint effort.

“Everybody has chipped in and over the years we got proper strips.”

The footballer, who played in a number of different positions during his career, said his tactics were “off-the-cuff” – with the team lining up in a 4-4-2 formation.

He said: “People knew what position they were playing and they’ve always been good players. I think we played 4-4-2 most of the times.

“Everybody as much as possible filled in for people if they were caught out of position.

“I played mainly down the centre in midfield, centre-forward or centre-half.

“I started in midfield, played at the front, then I was at the back where I finished.

“As you get older, it’s a lot easier to play at the back.”

The player-manager told the Sunday League committee the club would not be carrying on at the end of the season.

Their final match was played against Frying Pan from Darlaston, which Spartak lost 3-1.

One defining moment Martin recalls is when the club won the Division Three cup in 1985, with his son, Dylan, the mascot at the time.

He said: “I’ve been asked to get pictures out and all that stuff and I found a lot of pictures when we won the Division Three cup in 1985.

“That was at Aldersley Stadium and Dylan, my son, was the mascot and he was six at the time.

The squad played on a council-owned pitch at Hilton Road, Lanesfield, for more than 30 years before moving to a pitch on Bentley South playing field in Walsall.

And to celebrate the 50th anniversary of the club, a celebration is being held at Upper Gornal Conservative Club. Anyone who played for the team throughout the years is asked to contact Martin on 07854 475624. 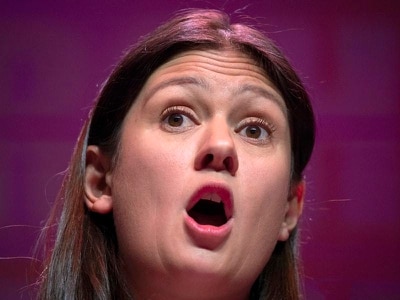