A brace from Ryan Taylor as well as a Antoni Sarveic strike saw Walsall beaten 3-0 at Plymouth Argyle. 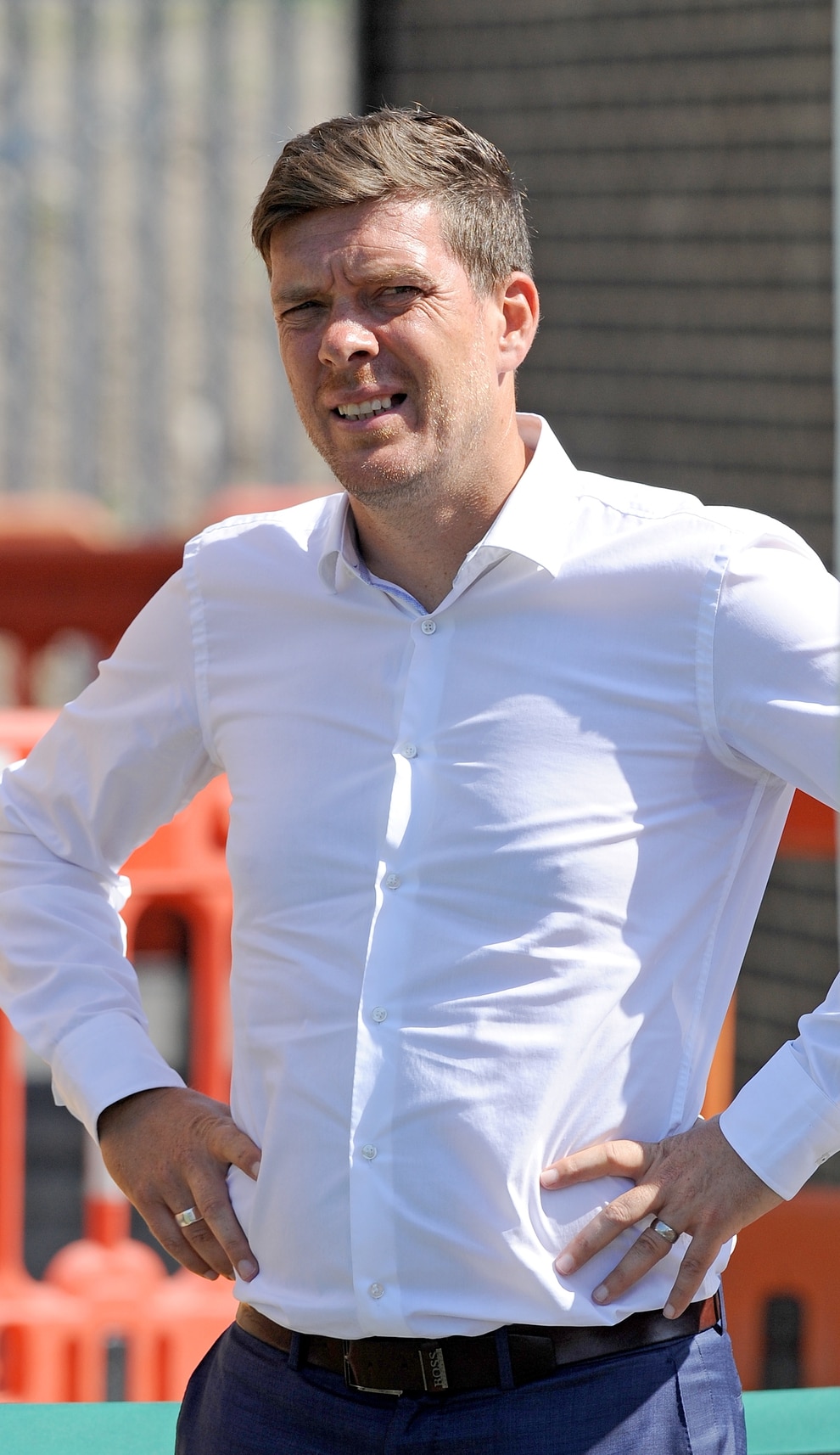 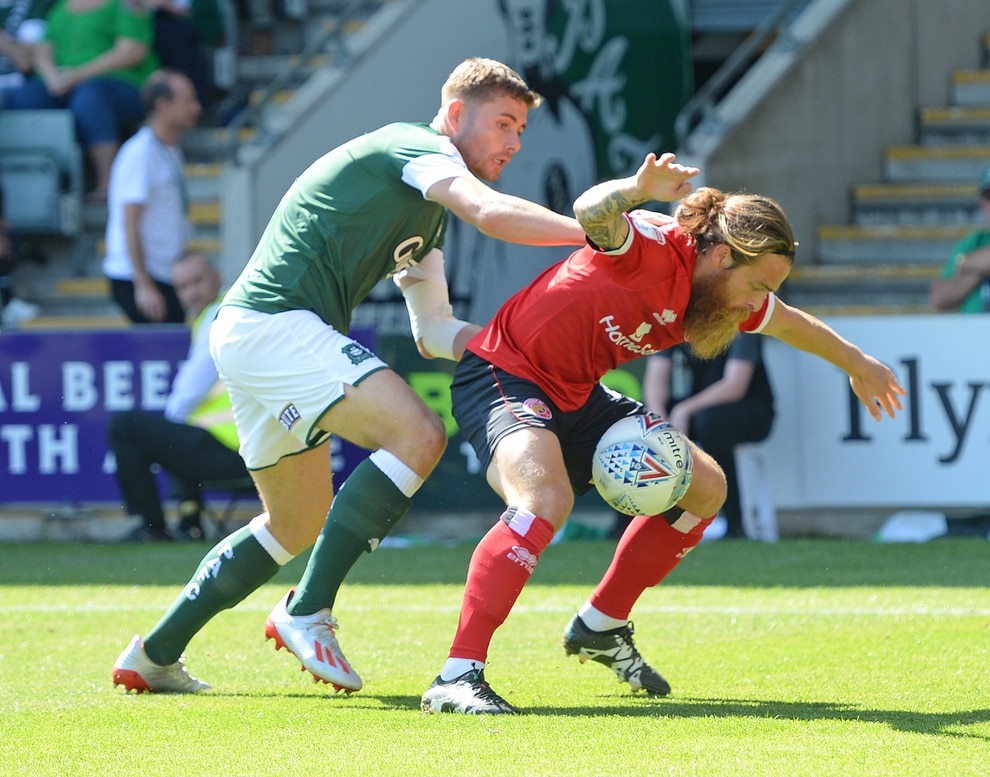 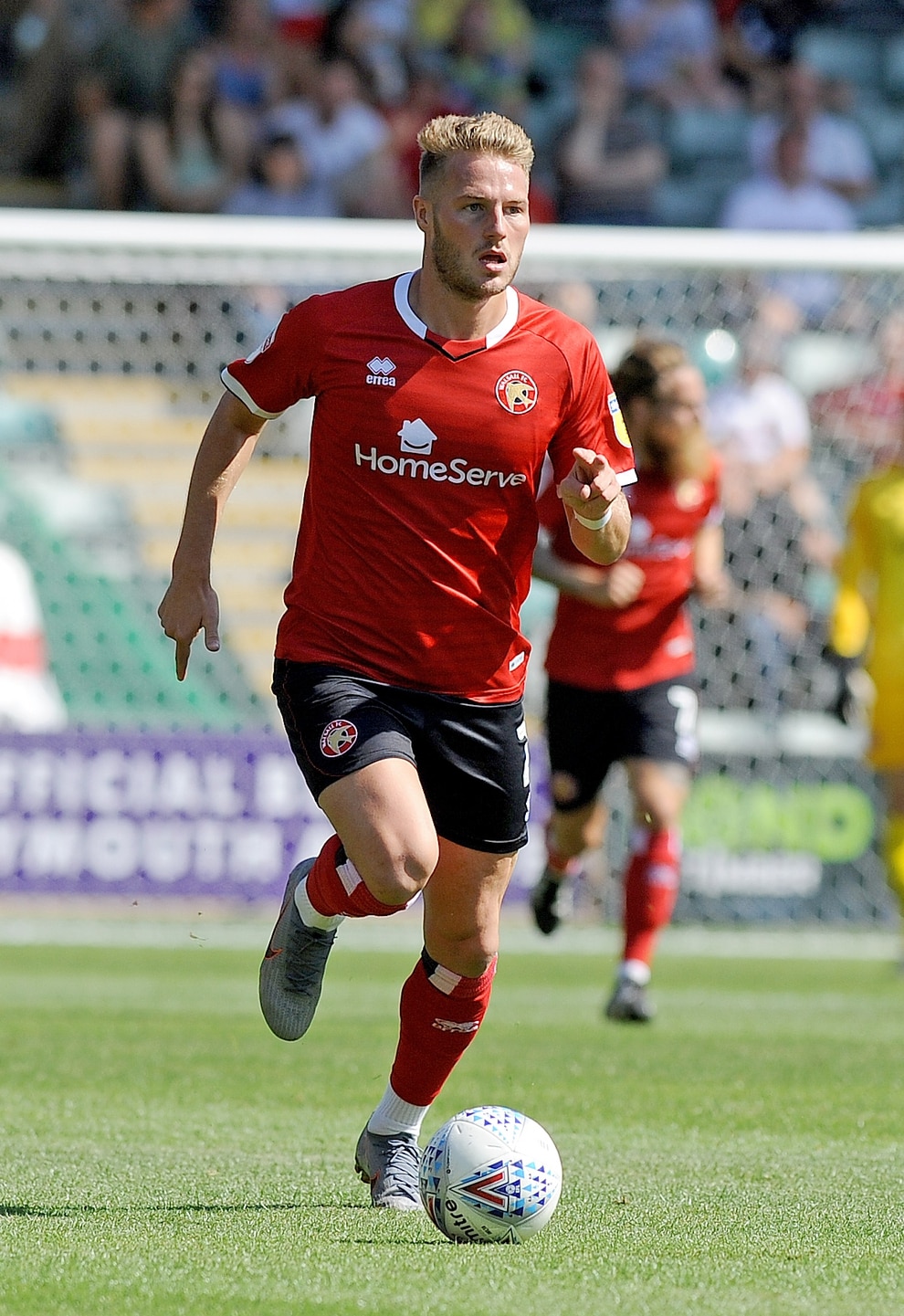 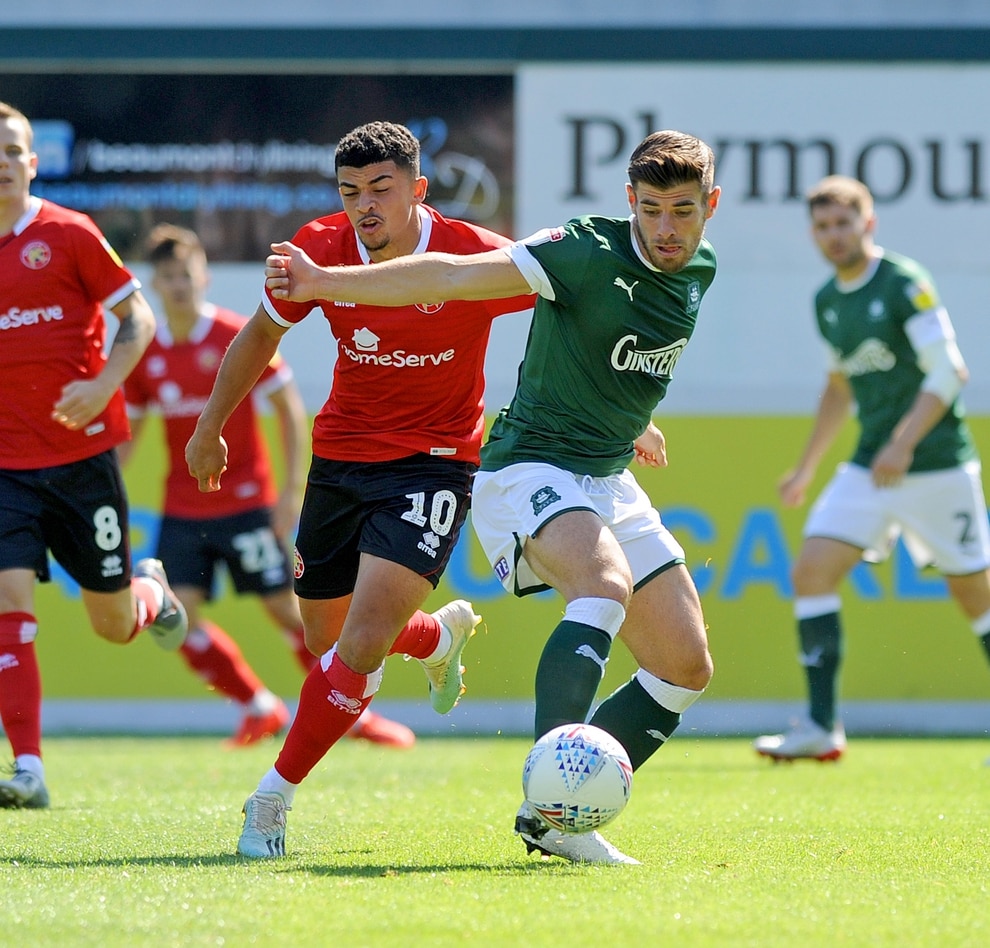 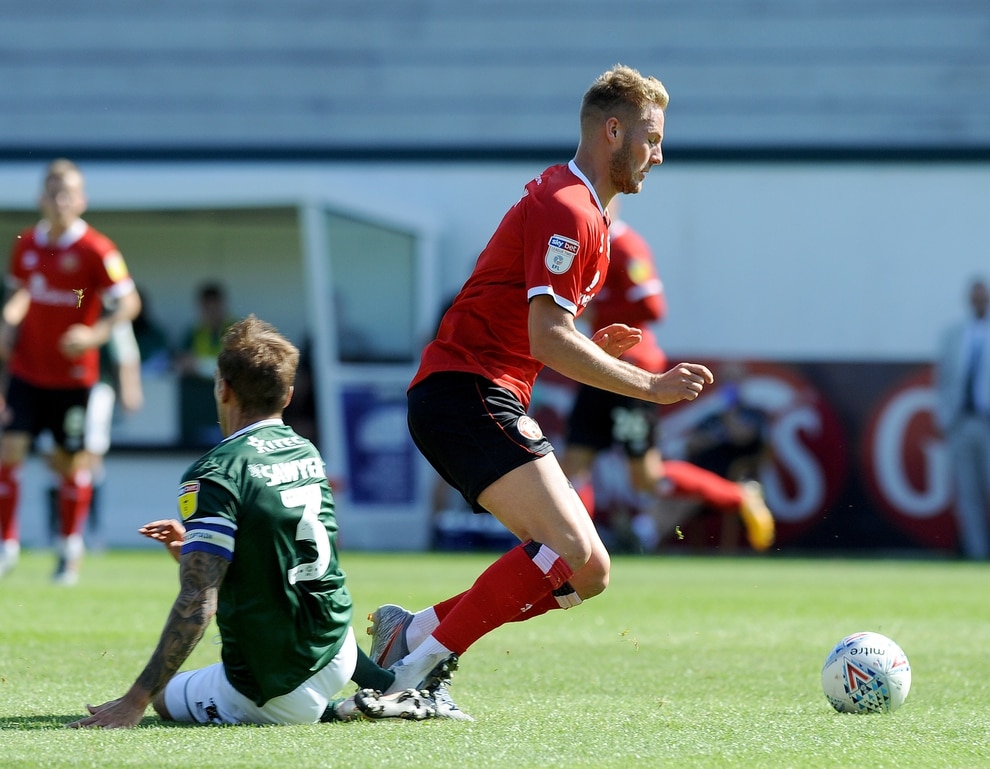 Cameron Norman is brought down by Gary Sawyer 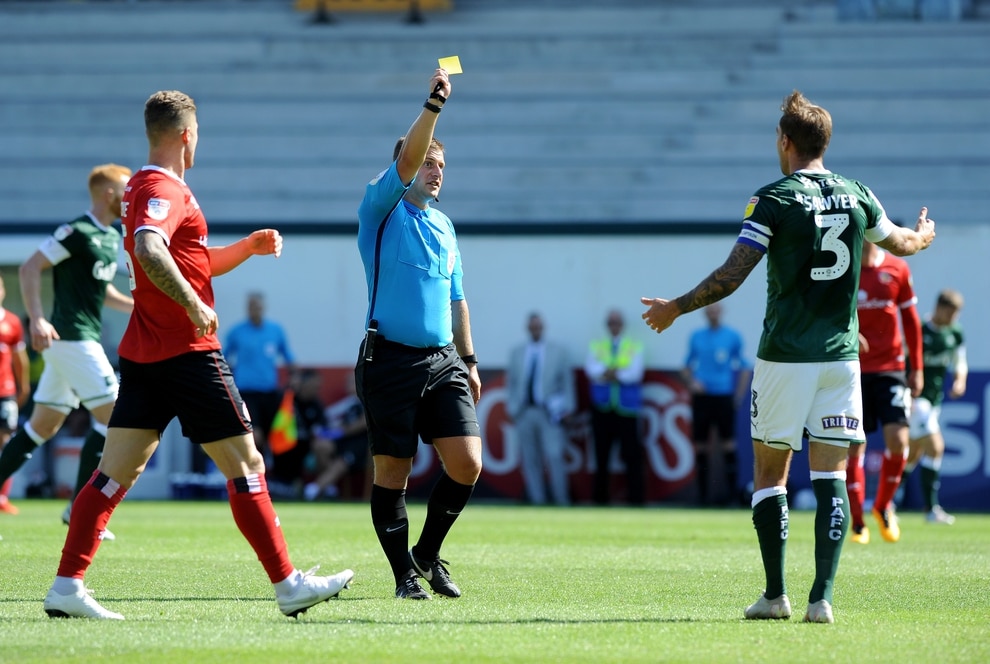 Gary Sawyer gets a yellow for his trouble

In a scoreline that somewhat flattered the hosts, Taylor opened the scoring in the 13th minute following a bright start from Ryan Lowe’s side.

From that point on, Walsall grew into the game and - in the second half in particular - enjoyed long spells of pressure and got into dangerous areas.

But yet again they lacked a cutting edge in the final third with Sarcevic grabbing a second for the hosts in the 82 minutes.

Moments later the 27-year-old was given a straight red card for a late challenge on Stuart Sinclair.

But even with 10 men, Plymouth grabbed a third wit Taylor lashing in his second late on.

Manager Darrell Clarke stuck with a 3-5-2 formation for the trip to the South Coast but opted to make three changes from the team that drew at home to Newport.

Callum Cockerill-Mollett, Gary Liddle and Elijah Adebayo all came into the side with Cameron Pring, James Hardy and Caolan Lavery the men to make way.

Plymouth, who included ex-saddler Joe Edwards in their side, also lined up in a 3-5-2 system with Ryan Taylor and Dom Telford the front two.

After a cagey start to the match, it was the hosts who opened the scoring in the 13th minute with a goal of real quality.

It started with Danny Mayor playing a perfectly weighted pass into the channel which allowed Callum McFadzean to get in-behind the Saddlers’ defence.

And he then cut the ball back to Taylor who produced a crisp finish to find the bottom corner.

Just a few moments later the hosts thought they had doubled their lead when Gary Sawyer bundled in a corner from close range - but the defender was deemed to be offside.

Despite the set-back, Walsall were getting into some dangerous positions with Josh Gordon hitting a thunderbolt from distance which a full-stretch Alex Palmer tipped away.

Clarke’s side were looking vulnerable to the counter-attack however and they survived a scare midway through the half.

A brilliant long-pass from Joe Riley got Telford in behind the defence.

But he pulled his hamstring as he raced through on goal - with Zak Rudden then having to come on and replace him.

Overall the half had proved fairly even, but with Argyle looking much more threatening whenever they ventured forward.

Yet as the interval approached, Walsall suddenly found more of a cutting edge in the final third.

They almost pulled level when Palmer’s sliced clearance allowed Adebayo in. But from a tight angle, the striker was unable to turn the ball goalwards.

Then just moments later, the former Fulham man darted past two defenders before seeing a stinging low drive beaten away by the glovesman.

But despite having found an added impetus, Walsall had Liam Roberts to thank for keeping the score at 1-0 in first-half stoppage time.

After some fine overlap play, Riley sent in another dangerous cross with Scott Wottoon rising highest to meet the ball.

But his header was brilliantly blocked by the keeper who then reacted quickest to make sure Taylor wasn’t able to poke in from close range.

It was the Saddlers who threatened first following the re-start with James Clarke’s long-throw falling for Cameron Norman who lashed over when he really should have hit the target.

In a bid to switch things up, manager Clarke then made a double change with Caolan Lavery and Wes McDonald replacing Cockerill-Mollett and Gordon.

It meant the Saddlers switched to a 4-3-3 system. And it almost paid instant dividends with McDonald working himself some space before curling inches wide from 18-yards.

With 20 minutes remaining, it was Walsall who were comfortably on top with Darrell Clarke’s side enjoying a heavy spell of pressure.

And they should have pulled level when Adebayo hit the byline and had substitute James Hardy screaming for a cut-back.

The former AFC Fylde man would have had a tap in but the striker’s cross was too close to the keeper and Plymouth just about survived.

It felt as though the hosts were clinging on. But they hit the post in the 81st minute when, from a corner, McFadezen was allowed to dart into the box before crashing a strike against the stanchion.

Moments later though Argyle did double their advantage with Mayor playing in Sarcevic who coolly rolled the ball past Roberts and into the net.

Within seconds, Sarcevic went from hero to villain with the midfielder producing a reckless late challenge on Stuart Sinclair that led to referee John Smith producing a straight red card.

But despite having 10 men, Plymouth managed to get a third with Taylor latching onto a long ball forward before firing emphatically into the back of the net.

Wolves fans encouraged to turn their backs on VAR

Europa League: Inside track on Wolves' opponents with Guillem Balague 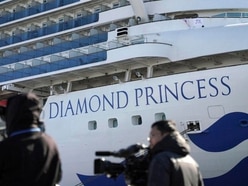 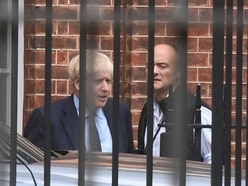 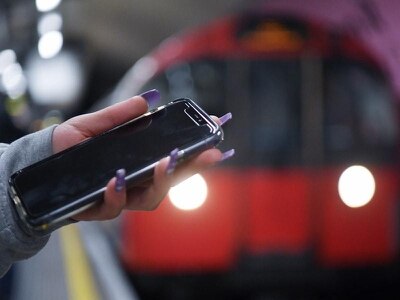