It's boom time for darts with riches better than ever on offer in the PDC – but don't think that every road the organisation goes down is paved with gold.

One of the nation's favourite pub games has been transformed by Matchroom Sport since they got first got involved 14 years ago,

Barry Hearn's company are putting up record-breaking pots for their players, giving more incentive than ever to take up and reach the pinnacle of the sport.

It will shoot through the roof further with the £1.5million on offer at the next World Championship, with the title winner set to walk away with a cool £300,000 – the sport's richest-ever prize.

Sixteen-time world champion Phil Taylor's career earnings of over £6.3m are unlikely to ever be surpassed, but Michael van Gerwen became the first to hit seven-figures this year.

The PDC is definitely the place to be if darters want to earn a bob or two, but this is not easy money anymore. Hearn, himself, will tell you they only "reward the elite."

It's big business and there's no mucking around anymore, whether it's live on Sky Sports or the non-televised 'floor' events. There's too much at stake.

With it has come a new wave of young darters who are redressing the balance, matching and often surpassing the establishment who have been there and done it. Shock results are commonplace.

They now have a proper system to come through in the Development (aged 16-23) and Challenge tours, where you can pick up £2,000 for winning one tournament and double if you can win both.

All will try their luck at Qualifying School each January, with the eight cards on offer to join the Pro Tour literally priceless.

But it's by no means easy, either getting there or staying put. There were four nine-dart finishes on the first day of Q School alone this year.

David Pallett, from Newport in Shropshire, came through the system and made his World Championship debut, sharing the stage with Adrian Lewis. It can be done.

You can imagine what it's like in the big leagues and the Black Country's only full-time professional, Wolverhampton's Wayne Jones, is one of those who are feeling the pinch.

The 50-year-old from Wednesfield can't rely on darts to pay the bills anymore, so has gone back to work this week. And a five-year deal with new manager, Mark Pritchard, will pay his entry costs.

At least, it takes the pressure off that a wired dart could take food off the table for him and his family. That's how serious the situation was getting.

A big dip in form has seen others surge ahead, to the point where he could miss his first PDC World Championship– with £8,000 just for taking part – for 12 years. He reached the semi-finals in 2006.

But he's still ranked 37th in the world, so there's no immediate threat to his future in the PDC as long he stays in the top 64. Tour Cards, as mentioned, are worth their weight in gold.

The Order of Merit's format of having to match past feats is a hangover that started after quarter-finals in the World Matchplay and Grand Prix, plus the European Championship final, of 2010.

It's led to a huge drop down the standings – where he was 16th going into 2012 – but now he's almost ready to start from scratch and get back to basics. That could be where the fight-back begins.

He said: "You used to get a few decent draws to get yourself into a tournament, but everyone there is quality now.

"You look around the room and if someone asked you 'who do you want to play,' you'd tell them 'no one!' There are no easy games anymore.

"We all have a laugh and there are not many players who still don't drink something. For me, a pint helps settles my nerves.

"But everyone is on the ball and determined, because there's a lot of money to be won. It's what we are there for.

"You can't let up at all, you miss a couple of doubles and you're out – simple as. The standard is amazing now, borderline ridiculous.

"Some of the older players are playing better because of it, because it's a case of having to. You either step up or you're finished.

"It's just confidence with me, the results haven't come along that would make me think that it's all going to change. You can start to doubt yourself, but everybody has got the same pressure.

"You take away Taylor or van Gerwen and most of the rest of us can beat each other, day in and day out. I'd have had far too many first round exits, but a lot of them have been in the deciding leg.

"I can't bitch about it, I've had my chances and not got the job done, but I'm determined to put it right. Even I don't make the worlds, I will keep trying to play well.

"I've been to a sports psychologist, it cost £125 an hour and what a waste of time that was. It didn't teach me anything that I didn't already know.

"I'm not the only one struggling, I could list 10 or 15 quality players that are struggling to make a living at it.

"It's a fair system, if you get the results you earn and if you're not playing well, you don't. That's the way it should be.

"I would be devastated not to make the World Championship, take into account my time with the BDO and I have been in every one or the other since 2001.

"I've got to find a sudden turnaround in form, but it's not impossible. It's up to me now to do something about it and get back on the winning track.

"There's always the chance to win money, I just need to get a run going. I've had the kick in the backside I need and it's not over yet.

"I don't need to be winning every tournament, that's would be unrealistic but you've only got to get through two or three games in a floor event and you'll get £1,000.

"It's a good weekend, if you can do that in both tournaments, and the money will get me back on track, along with flying up the rankings.

"I still believe that it will all come together. I've had a torrid time, everybody has a bad stage but it's how you get through it. The ball is in my court."

'The Wanderer' will now spend two days a week away from the oche, employed as a collector for a cash loans firm based in Willenhall.

It's a throwback to when he was rising through the BDO ranks in the 1990s, working full-time for insurance company Britannic during the week.

Becoming a widower in 1997 saw him give up his job to care for his three young daughters, with his darts career taking off after the millennium.

He still needs to support his children and himself, so this is his own insurance policy. And not having to worry about where the next pay cheque is coming from might actually help his game.

He said: "I've had next to no income, so the reality was I had to get a job. Depending on how things go, I will perhaps have to look into the full-time option.

"I used to work and play at the weekend until my wife, Diane, passed away 18 years ago, but that's before the darts had really took off.

"I started work again on Thursday, I've got a round in Smethwick, just the personal touch really. It's not debt collecting, I'm not big or brave enough for that!

"It's just two days a week and will, hopefully, cover what I've lost. The darts isn't going to cost me anything, because my manager is sorting that out.

"I'll have the best of both worlds, that's the plan. I'm self-employed as a professional player, so the extra income will just go through my books.

"My daughters have grown up now but two of them, Katie and Joanne, still live at home. The house is paid for with the life insurance from being a widow.

"I have another property around the corner, though, which Emma and my granddaughter live in. They chip in with rent, but it's doesn't cover the mortgage.

"It was a great idea, at the time, as money wasn't a problem when I was ticking along and being successful with the darts.

"I wish I'd have saved more, but hindsight is a great thing when it all falls apart. I can't complain, because I've had a few good years."

Coming under the banner of Pritchard's Darting Promotions has come at just the right time for Jones, who has played at every major tournament in both the PDC and BDO.

He said: "Mark has been a god send. It's hardly like I've been on fire, but he's taken a chance because he believes I can get back to where I was. Hopefully, that will rub off on me.

"I've played darts since I was 18, starting at the Bushbury Arms in Wolverhampton and the Grange in Codsall. They've both been knocked down now!

"I played Super League and county for the West Midlands, I got to a few BDO finals and the quarter-finals of the worlds before I crossed over.

"I've been in the PDC for 12 years and, up until the past couple of years, it's worked out well. I've not had a fabulous career, but I've done alright.

"I was looking at a picture of me in the England team with the BDO, 1989 I think it was, and I'm the only one that still plays darts seriously.

"I have been around over 25 years, so I must have something about me."

Wolves throwback: When the famous five went mad at Molineux

How a suspended season was a bad break for West Brom 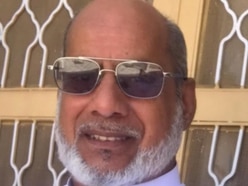 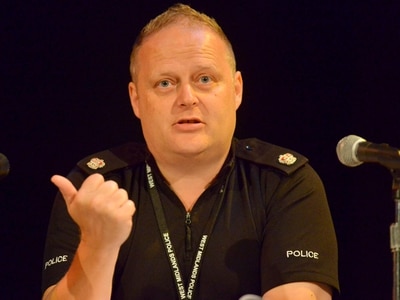 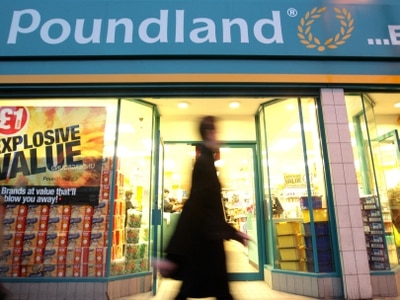 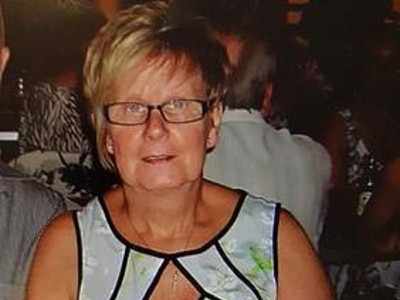 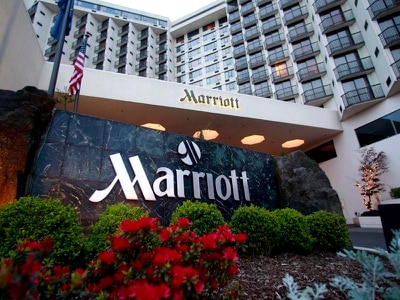 5.2m Marriott guests may be hit by new data breach