A former councillor calls for a new model of "grassroots democracy" in local government.

My previous 20 years of service as a Walsall Councillor have taught me this above all else. That is why I think there is now a serious need for a big public debate on the need for real and meaningful “grassroots democracy” down to neighbourhood level.

There is a massive disconnect between the present decision makers and the people in our towns/communities/local neighbourhoods.

The low participation in local council elections, especially in areas of above average social & economic disadvantage, clearly demonstrates this. Unless this disconnect between the system and the people can be adequately addressed, then the people will become increasingly disenchanted with “the council” and “the councillors” and there will be less and less opposition to cuts in services and the permanent loss of increasing numbers of services. People will increasingly “give up” as the system shows them to be powerless.

Democracy is politically healthy and worth championing but it has to be meaningful within the neighbourhoods where people live.

If the system continues in its present form, it will soon be easy to remove it altogether without much more than a whimper from the people. That is why the system need changing.

Central government seem to have woken up at long last about taking back control from the European Union and furthermore the need to devolve power and decision making from Whitehall to the regions of the country.

Surely the next realisation is the need for local councils to pass as much power as is legally and practically possible, down to the neighbourhoods within the borough.

If people in local neighbourhoods could see and influence where public money is being spent in their areas, they would be more likely to feel some ownership of local government.

It could surely be argued that such a move to a new model of grassroots democracy, could be acceptable to a very wide spectrum of public opinion from across the political spectrum… as the desired outcome would be greater involvement of more residents in their own local community and thus a much more informed, caring and responsible community, more likely to be prepared to champion our local public services rather than let them wither on the vine.

Let's apply the "take back control" theme to local neighbourhoods within our boroughs and enrich democratic accountability even further!

I would like to hear from those readers and local citizens who agree with the thoughts expressed above and might wish to take part in such a campaign for real grassroots democracy. I can be contacted on 0749 273 7440. 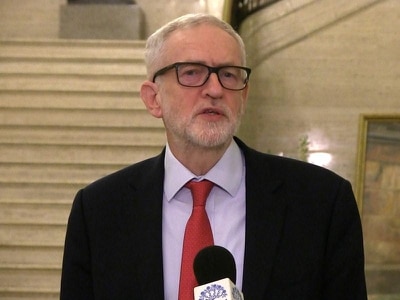