Express & Star comment: The only way is up for our politicians

From a traditionally low base, our politicians have achieved the impossible. They have sunk lower in public esteem.

That is the bad news. But a spin doctor would probably find a good news angle – they have now sunk so low that they cannot sink much further.

You can find out why in our detailed readers’ survey today. But if you want a one-line summary, it is this: What a load of rubbish.

In any normal times, if the idea was promoted of suspending Parliament so that it could be simply bypassed – it sounds like a trick which would be tried by some despot monarch of old – there would be incredulity, and it would be dismissed as a madcap, ludicrous, and undemocratic idea.

State of the Nation survey:

The suggestion has indeed attracted criticism along those lines. But the people getting most heated about it are the politicians themselves. It is as if the general public is past caring.

For that state of affairs, MPs have themselves to blame. Gradually they have sunk deeper into the Brexit quagmire. It had all started with clarity of purpose. MPs overwhelmingly voted to respect the result of the 2016 referendum, and triggered the countdown to the UK’s withdrawal from the European Union.

They were going through the motions. For many MPs their hearts were not in it. As the clock has ticked down they have felt that it is their public duty to save the public from its folly.

They know best. And the result has been the fun and games in the House of Commons which has paralysed the decision-making processes of government.

When MPs are functionally useless at making decisions and, worse than that, a significant proportion of them think they are doing us all a favour by running things into the sand, then what are they actually for?

You might ask what does the public lose if a deadlocked Parliament incapable of making decisions, or unwilling to make decisions, does not sit?

Our readers’ survey holds up a mirror to a landscape of shattered public confidence in those who are supposed to give the lead.

While the results of our poll are bad for Boris Johnson, they are positively disastrous for Jeremy Corbyn. His satisfaction rate is running at little more than 10 per cent. Sitting on the fence, it seems, is simply a recipe for upsetting people on both sides of the fence.

There are those who see the current levels of disillusionment as taking Britain to a dangerous place, creating a fertile ground for the rise of the extremes.

They feel free to use loose talk of the 1930s and the rise of Hitler. Perhaps when they speak of such things they should first seek out the Britons still alive who lived through those times who will be able to put them right.

No, what is happening is a fragmentation, a dissolution of the old tribes, as the electorate is willing to find new homes for its votes.

The days when politicians of the major parties knew that their votes were in the bag have gone. Voters have decided that loyalty works both ways.

Things have become increasingly unpredictable. The Brexit Party rose from a standing start to do well in the European elections, and the Lib Dems had a big morale boost.

Who knows whether they would be able to replicate that in a general election.

It is as if the 2016 referendum toppled the gyroscope by being a plebiscite on a single issue, as opposed to multi-issue general elections.

Thankfully we still live in a democracy. The many who are currently totally fed up do have a feared weapon with which to fight back.

It looks like this – X. To be used at election time. 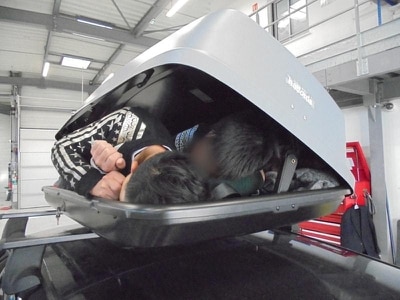