Coronavirus: The key events so far

Here is a timeline of key events in the UK coronavirus outbreak:

January 20-23: British businessman Steve Walsh attends a conference hosted by his firm Servomex in Singapore, where he contracts coronavirus.

January 24: Mr Walsh arrives in France for a ski break at Contamines Montjoie. He unknowingly infects several people with coronavirus there, including five Britons.

January 28: Mr Walsh returns to the UK on an easyJet flight from Geneva to Gatwick.

January 31: A University of York student and a relative become the UK’s first confirmed cases of coronavirus. The pair fall ill at the Staycity apartment-hotel in York and are taken to Newcastle for treatment.

More than 80 Britons are taken for 14 days of isolation at Arrowe Park hospital on the Wirral after returning from Wuhan in China – the centre of the global outbreak.

February 3: Anthony May-Smith is quarantined in an Oxford hospital after feeling ill on a flight back from Wuhan. He is later given the all-clear.

February 5: Mr Walsh goes for a drink at the Grenadier pub, near his home in Hove, East Sussex.

February 6: He is quarantined after being diagnosed with coronavirus in Brighton. He is the third person to test positive in the UK.

February 9: A fourth person is diagnosed with coronavirus in the UK, having acquired the virus in France. They are believed to be a contact of Mr Walsh.

Around 200 British and foreign nationals evacuated from Wuhan on the UK’s final rescue flight arrive at RAF Brize Norton and are taken to Milton Keynes for quarantine.

A British man is diagnosed with coronavirus in Majorca after coming into contact with Mr Walsh.

February 10: The UK Government brings in new powers to forcibly keep people in quarantine, after one person threatens to abscond from Arrowe Park.

Four more patients in the UK – all contacts of Mr Walsh – are confirmed as having coronavirus, bringing the UK’s total number of cases to eight. Public health officials try to trace patients treated by two of the latest victims, who are doctors.

February 11: Mr Walsh goes public with his story, thanking the NHS and saying he is fully recovered from coronavirus. 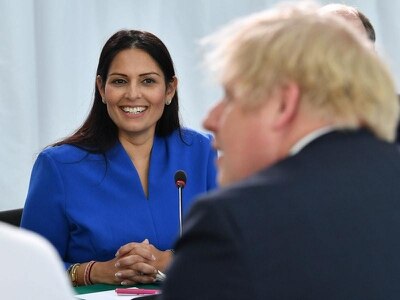