Work has begun clearing up the mess caused by flood water at Stafford Cricket and Hockey Club. 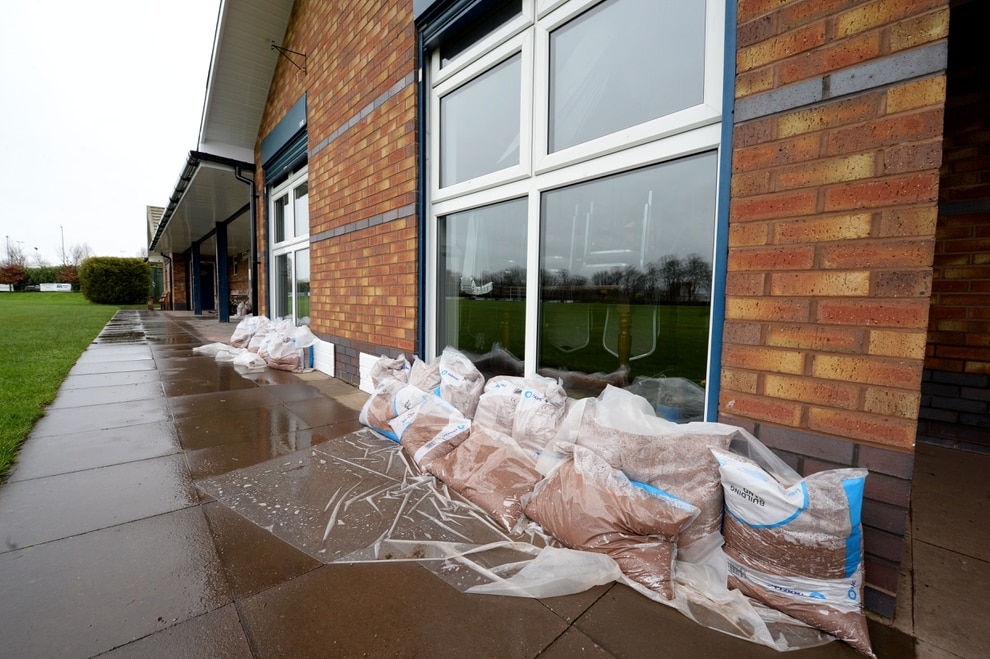 Sand bags outside the club 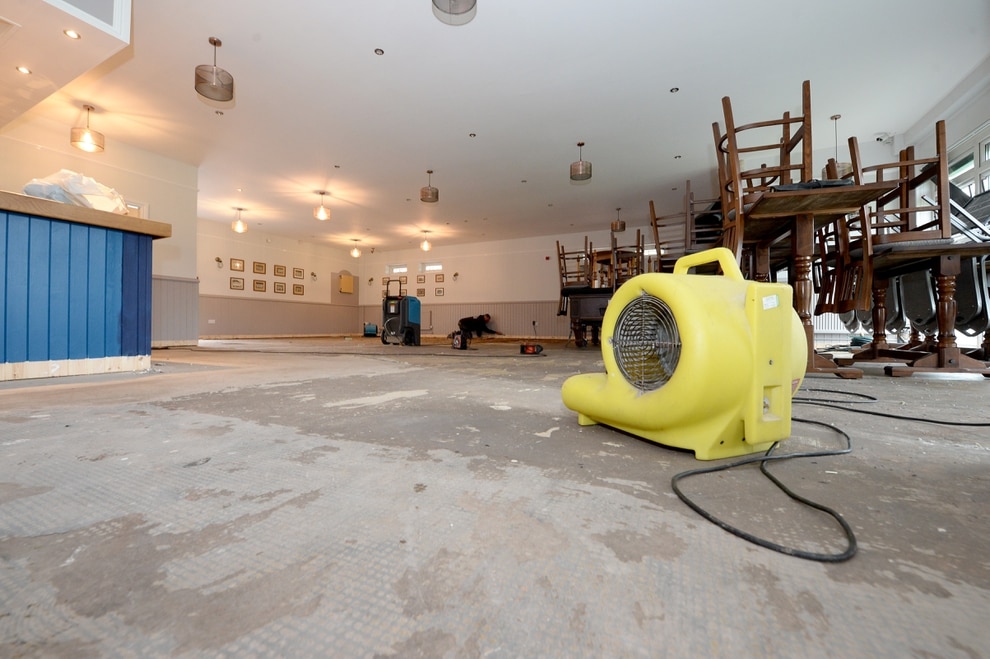 Fans drying out the rooms 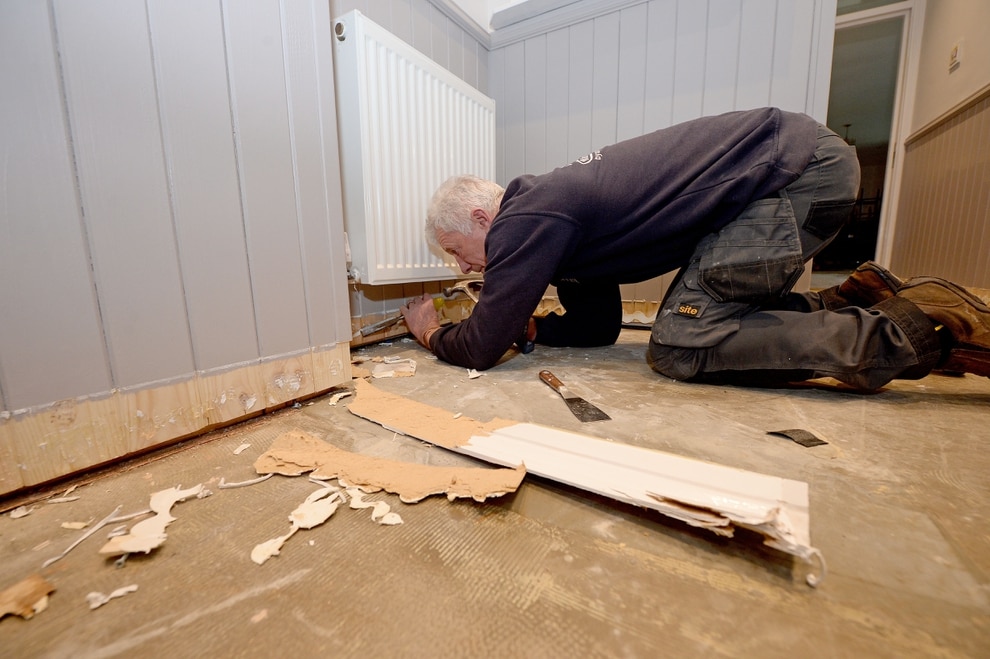 Workman Ian Young takes off all the new skirting board 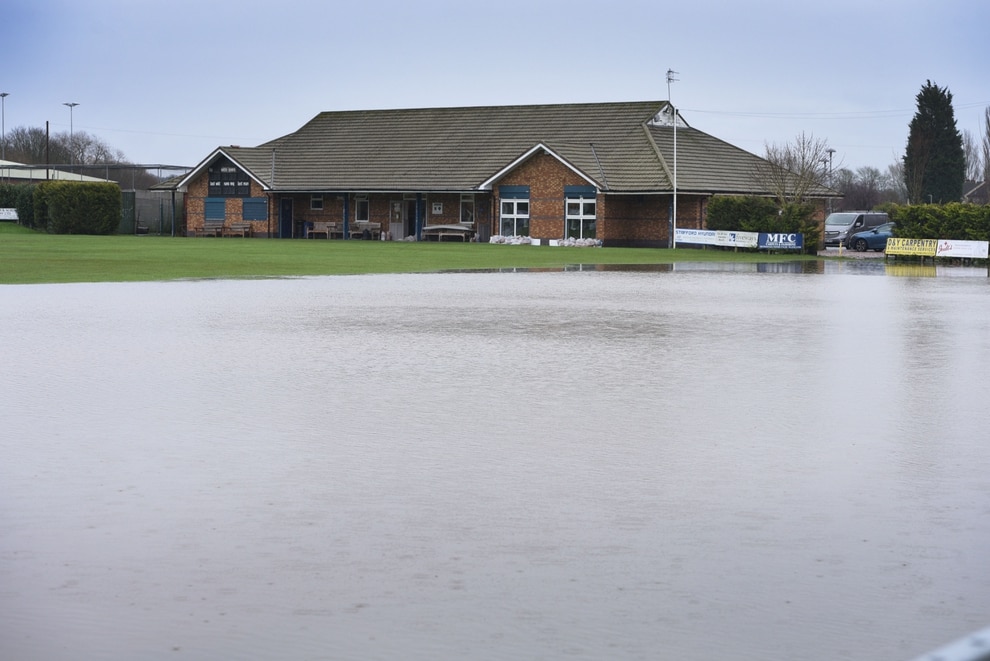 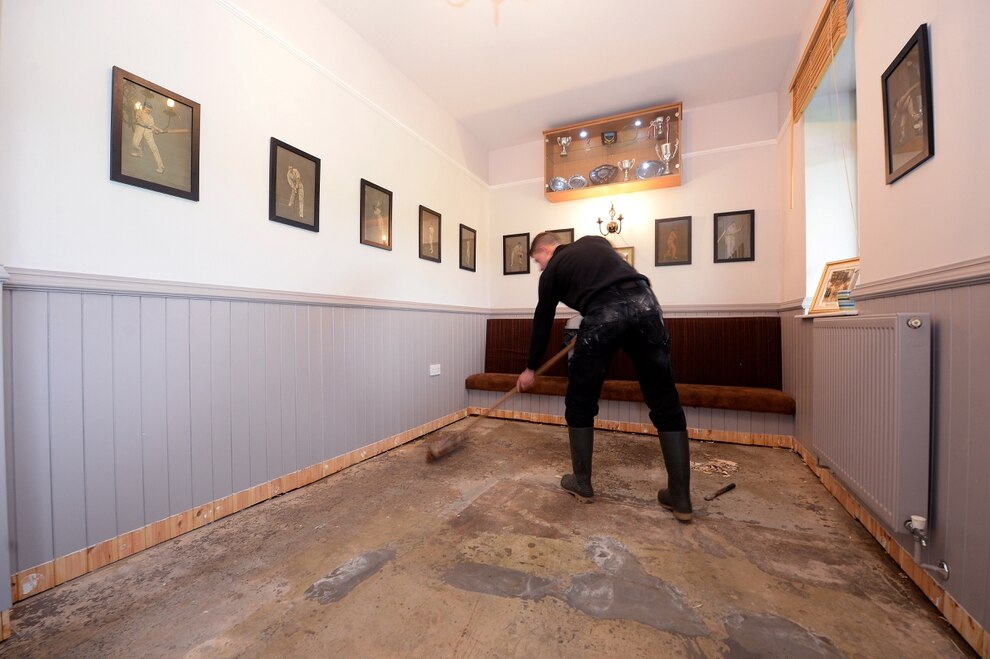 Sweeping up the mess 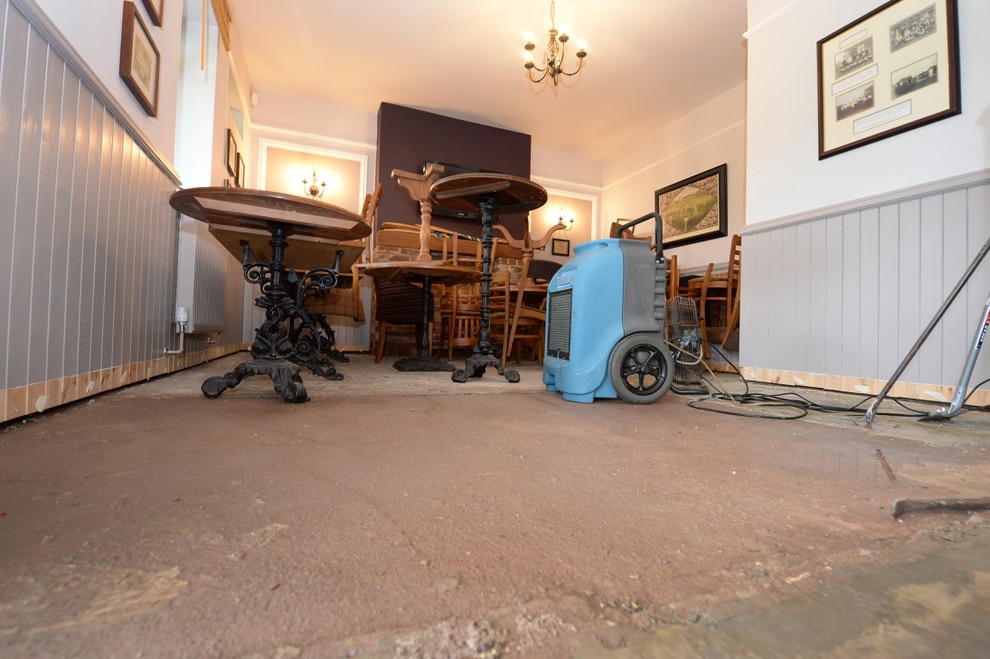 All new carpets and flooring have had to be removed again 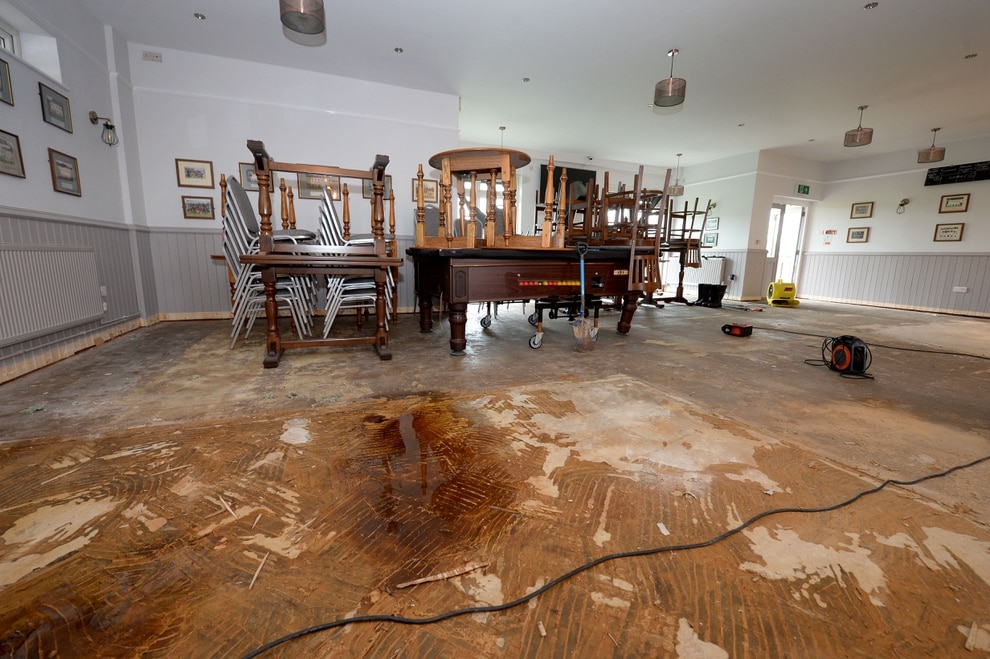 Tables and chairs stacked up due to the flooding 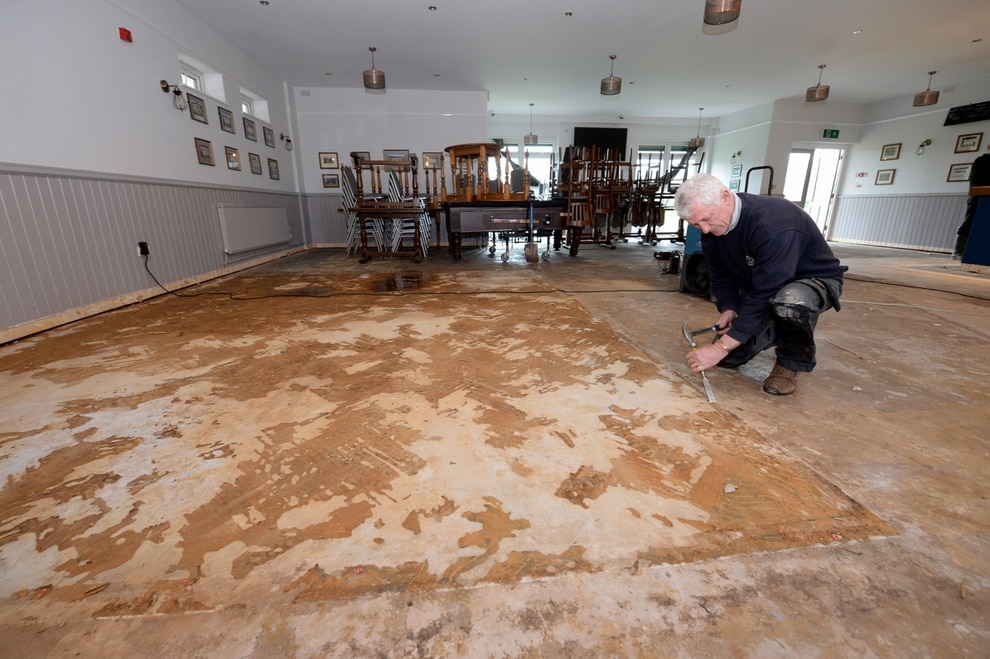 Workman Ian Young scrapes the remnants of the new parquet flooring, which had just been laid

The club was flooded this week for the second time in four months, and the reopening event scheduled for later this month had to be cancelled.

Work is ongoing to try and remove the damaged items and install the drying equipment, the club said.

Hundreds of pounds was raised in a fundraising appeal for the club and it was set to reopen on February 28.

But now the reopening night has had to be postponed after the brook burst its banks on Sunday night.

The club is set to meet with the Environment Agency to plan a future strategy for flood defences/prevention.