Parish affected by HS2 to draw up a Neighbourhood Plan

A village near Stafford affected by HS2 is set to draw up proposals to help shape its future amid major developments.

Bosses at Hopton and Coton Parish Council made the decision to create a Neighbourhood Plan to make sure their voice is heard.

The document, once formally adopted, can be used to assist in the decision making process for planning applications considered by Stafford Borough Council.

It comes ahead of major developments taking steps forward, including the proposed HS2 high-speed rail line which cuts through Hopton.

And the nearby North Stafford area is already earmarked for more than 3,000 new homes.

Councillors have already met with development experts Urban Vision in a bid to put together blueprints for the village.

“When the Neighbourhood Plan is finished it will be one of the documents the planners will look at to see if a development should go ahead or not.

"The planner at Urban Vision was brilliant, she was showing maps of Hopton and HS2 and she knows extra housing is on the way.

"She came up with some fantastic suggestions, including designating fields around here as local green spaces so they can’t be built upon."

Several areas in Stafford have already put together proposals on how residents would like their area to be developed.

Areas with formally adopted Neighbourhood Plans include Gnosall, Colwich and Eccleshall – with Barlaston becoming the latest after residents backed it during a referendum.

Funding to draw up the plans have been proposed as part of the parish council's budget. 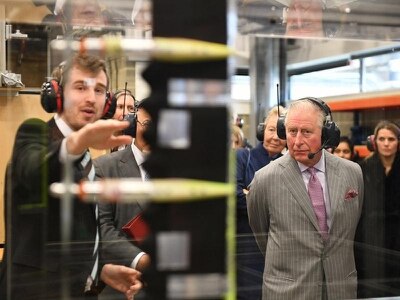