A loner who bludgeoned his mother to death because he could not put up with her behaviour any longer has been jailed for six years eight months.

The 40-year-old defendant suffered from Asperger's Syndrome which meant he craved a rigid, regimented regime but this was not diagnosed until after tragedy had struck, Wolverhampton Crown Court heard.

The van driver, who had argued with his mother the previous night, snapped when he returned from work to the terraced house they shared in James Street, Bilston, to find her drunk and the property in a mess on January 31.

She had not got up all day, said she was heavily intoxicated and told him not to come into her bedroom which she had barricaded with a chest of drawers, revealed Mr Peter Grieves-Smith, prosecuting.

Page ignored the warning because she had attempted suicide in the past, forced his way in and found her on the floor too drunk to stand, the court heard.

The defendant lost control, flew into a rage and started punching, kicking with his bare feet and battering her with a door torn from a bedside table, continued Mr Grieves-Smith.

Page claimed she told him 'finish it,' during the onslaught.

Then he put his life in order cancelling credit cards and bank standing orders, handing back his fuel card while telling his work he would not be returning.

The prosecutor commented: "To some that may appear callous but not in this case because of his mental issues."

The defendant cleaned up the scene, put his mother on her bed with a towel round her badly injured face and head and pulled a sheet up to her neck so his brother Stephen would not be too shocked.

The victim remained unconscious for up to 24 hours before dying but was highly unlikely to have survived if the emergency services had been called immediately.

Cause of death was blunt force trauma to her head and face with extensive bone fractures and bruising.

She unsuccessfully tried to hide her drinking, had been a psychiatric hospital in patient and had stopped doing the housework, it was said.

'I have killed mum'

The following day Page phoned his brother - his only close friend - in tears to declare: "I have done it. I have killed mum."

The brothers went to a police station together for the killer to explain he hated living in a household without an established routine and had killed his mother.

Two leading psychiatrists agreed the defendant's obsessive compulsive behaviour led to him losing control and Mr Grieves-Smith concluded: "There was a build up over a number of days and this was unusually difficult for a person with his mental issues.

"His mother was not always easy to live with."

Page, who was a good worker and was liked by colleagues but preferred to be alone, was of previous good character, the judge heard.

He admitted manslaughter on the grounds of diminished responsibility.

Mr Adam Kane QC, defending, said: "He had a psychological need for routine. He is now shrivelled with guilt and remorse."

The defendant was jailed by Judge Amjad Nawaz, who said: "This was a short explosion of extreme violence. It was a sustained a violent attack.

"His undiagnosed mental condition meant he liked routine and order. His mother's life style was anything but that.

"Anything that disturbed this caused distress and anxiety. She drank to excess and attempted suicide on a number of occasions.

"He is now suffering from Post Traumatic Stress Disorder as a result of the encounter."

The defendant's brother has vowed to stand by him and offer assistance on release.

Detective Inspector Jim Colclough, from West Midlands Police homicide unit, said: "This is a tragic case that has had a devastating effect on all of those involved in Mary's life.

"Page will lose his freedom for a number of years, but his family will bear the consequences of his actions for a lifetime." 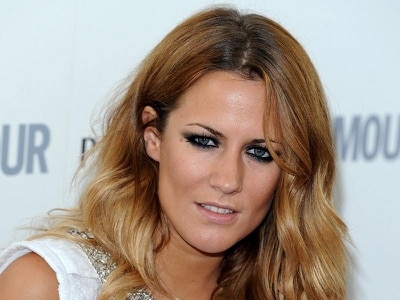