It is the size of 10 football pitches – all ready to store thousands of parcels stuck in a Brexit logjam.

A courier firm has spent £250,000 on a giant warehouse to store packages in the event of a no deal Brexit.

DPD has leased the 71,000sq ft depot in Oldbury as part of its preparations for an expected hard Brexit from the EU on October 31, which bosses say is the firm’s biggest ever challenge.

WATCH: Inside the Brexit warehouse

The business, which specialises in express parcel delivery and has a headquarters in Smethwick, deals with up to 100,000 parcels coming from the EU each day in the run up to Christmas.

Bosses say these packages will be subject to new VAT and customs fees should Britain leave the bloc without a deal.

That has prompted the need for a bonded warehouse to store them until taxes are paid.

Marketing director Tim Jones said that as no charges are currently levied on the parcels the process is swift, but that could all change under no deal.

“If no one has paid the duty and VAT on those parcels, then none of them can be delivered,” he told the Express & Star.

“So those parcels have to be taken out of our overnight sort and taken around to the new bonded warehouse in Oldbury, where they will be scanned in and stored until the money is collected.

"Once that happens the parcels will be transported back to the hub, sorted through the night and put out for delivery the next day.

"There is a huge amount of additional cost and extra operational processes that need to be put in place to deal with those parcels.

"It means checks, it means delays and inconvenience, it means extra costs and possibly a slowing down of the whole market.

“That’s why Brexit is a big deal for us and a no deal Brexit is a particularly big risk.”

Mr Jones, who has been at DPD for 14 years, said that around 20 per cent of the firm’s business is cross border work, where parcels are shipped to and from the EU.

He said DPD had started preparing for Brexit immediately after the EU referendum in 2016, with strategic planning for no deal ramped up this year as a lack of clarity from Theresa May’s administration left the business uncertain about the future.

He added: “This is undoubtedly the biggest business challenge we have faced.

“The business has had 10 years of unbelievably good growth. It’s been a boom period for us. The big worry is that a no deal Brexit could negatively impact on our performance.”

As well as spending £250,000 on renting the warehouse and “getting up it to scratch”, the firm is also preparing to take on hundreds of new staff if a no deal Brexit becomes a reality.

“There would certainly be additional and ongoing costs in the event of no deal,” Mr Jones added. “It’s a huge investment for something that may not be needed, but it’s crucial that we are ready for that scenario.”

“At the moment we have taken on a small number of extra staff, but we don’t want to employ lots of additional people and then have to let them go if a no deal Brexit doesn’t happen.

“But if it does there will be an urgent need to recruit several hundred new members of staff to deal with admin, checking and processing.”

The Restaurant Group to shut up to 90 branches 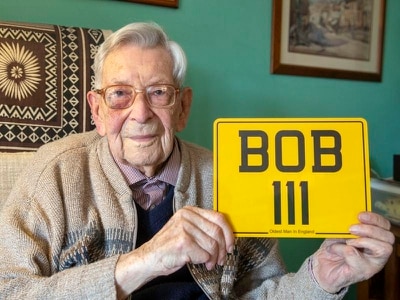