Unique pantomime brings fun for the family in Walsall

The spirit of Islam mixed with traditional theatre as a special production came to Walsall. 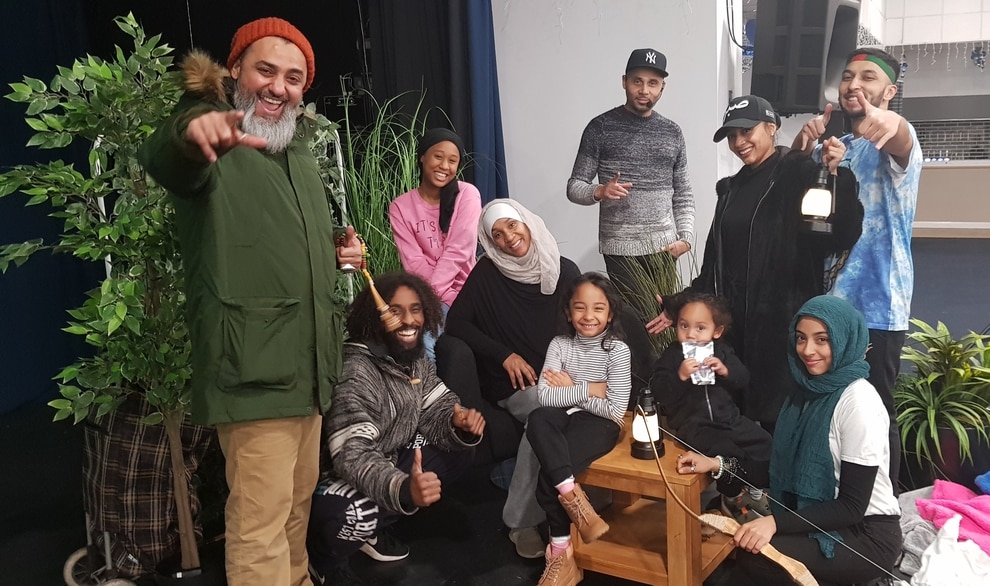 The cast get ready to perform at Banks's Stadium in Walsall 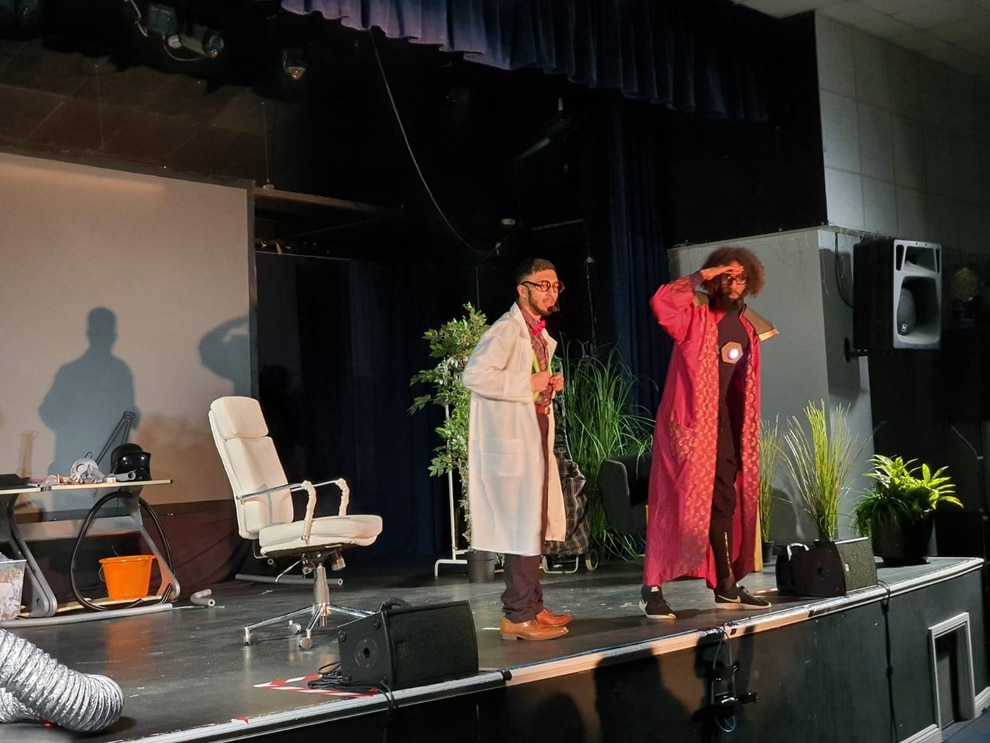 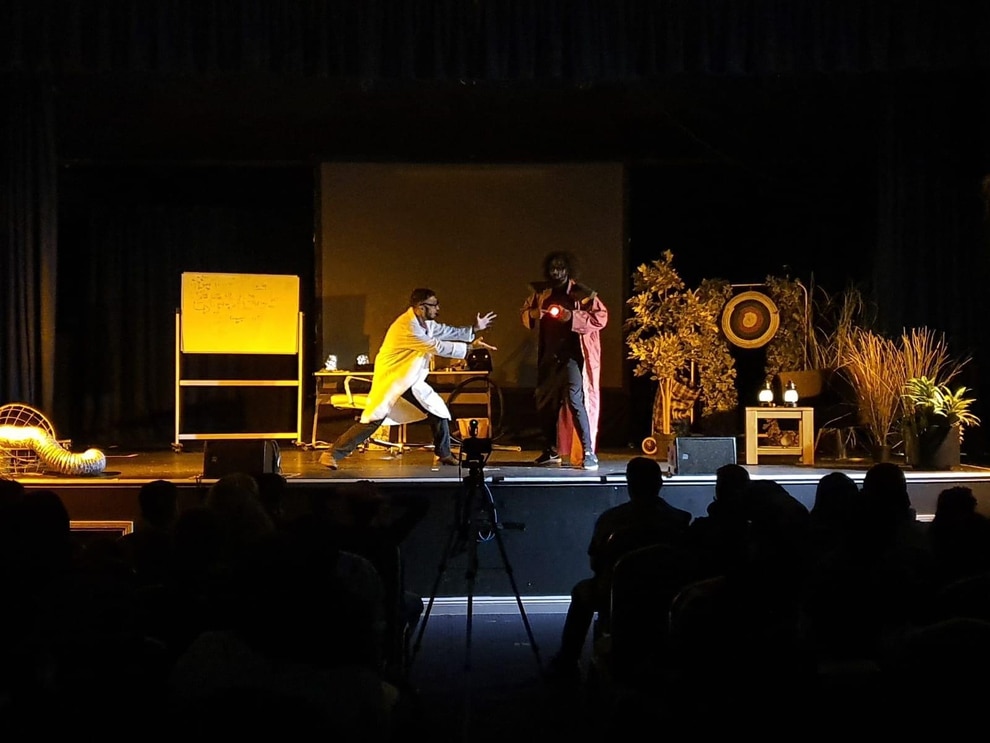 A large and mixed audience watched the pantomime 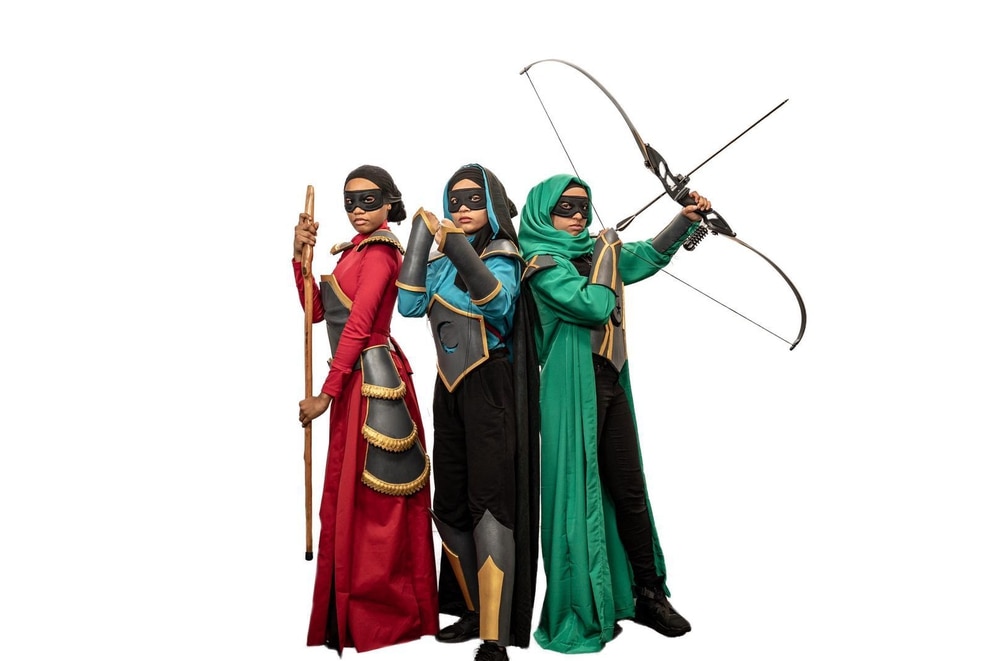 A mixed audience from across the region came to the Suite at the Banks’s Stadium in Bescot to see the Great Muslim Pantomime – Super Souls.

The show was in Walsall on the latest stage of its nationwide tour, visiting a diverse range of towns and cities.

The pantomime is the brainchild of Arisa Kissoon, who has worked in different productions and the theatre over the years, after being approached three years ago by charity Penny Appeal.

The pantomime is a family affair, with Arisa writing and directing the play and all seven members of the family appearing in the show, as well as working on roles as such as set and costume designers among other roles.

Arisa’s daughter Safeeyah Cornelius works as producer of the pantomime and said that the aim was to make it all-inclusive.

She said: “We want to make it all-inclusive, not just for Muslims, so when we say ‘Assalaam Alaikum’, some people will say “Peace be upon you”, just so people who don’t know what it means can understand what it means.

“We do try to bring out some of the Muslim words and the Muslim jokes, but we make sure that the other people can relate to it.”

The theme of the show is Super Heroes, drawing on Safeeyah’s love of Marvel, with she and her sisters playing characters they felt the audience could relate to.

She said: “There’s never been a super hero we can relate to as a Muslim woman and, also, we’re thinking about normal people, so this year, we decided to let people know that you can be a super hero without any special superpower and you have it in yourself.”

The Great Muslim Pantomime is in aid of Penny Appeal’s Winter Emergency, with proceeds going towards poor families in need in 30 countries across the world who struggle on a daily basis to make it through the winter.

In addition to the pantomime, a short film was played to highlight the role the appeal plays in helping people

For Arisa, she feels that as well as having some fun and raising money for the appeal, the pantomime can also play an important role in changing opinions about Islam.

She said: “I feel 100 per cent that this can be a vehicle to give a positive view on Islam.

“The media highlight Islam in such a negative perspective, so I would love people to see the charitable side and the beautiful teachings and the wonderful community spirit, while also having some fun at the end of the day.

“We are British after all!”

To donate to the Penny Appeal Winter Emergency appeal, go to https://pennyappeal.org/appeal/winter-emergency 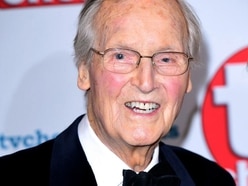 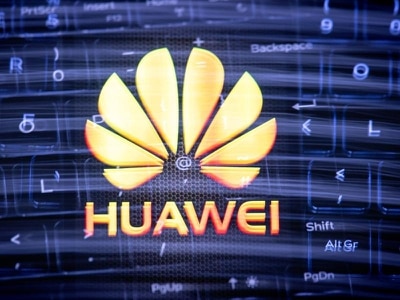