Shelf life? Women are not tins of tomatoes!

It was at a restaurant, while merrily tucking into a lentil ragu that I heard the lady on the table behind me telling her middle-age friends that Laura still doesn't have a man.

Next her husband piped up – “She ought to be careful, she’s well past 30 now”, writes Express & Star columnist Louise Rouvray.

Then the others chimed in, “the clock’s ticking” and “I wonder if she’ll ever settle”.

It took every ounce of grace and decency not to swivel round and stick up for Laura. Although not personally known to me, I did know the conversation about her was utter nonsense.

The societal pressure faced by women in their 30s can be savage, especially when you can’t even tuck into a plate of pasta without hearing people talking about us as if we’re depreciating assets – our beauty, looks and ability to procreate apparently our only trump card.

The fact is 30 is a fine time for a woman. Having shrugged off the insecurities of our 20s, we know our own minds, tend to be on career paths and more stable financially, and have gained perspective and self-awareness.

So you’d think stepping into this next decade would be an open landscape, full of opportunity, a place where we can have fun and be free to forge our own paths.

Unfortunately a woman’s womb seems to be of more importance than any ambitions, pursuits or passions she may have.

It’s so tiring to hear women being referred to as having a shelf life.

God forbid we get to 35 and have an ardent desire to reproduce – we’ll have to snap up a man lickety-spilt, get knocked up and forever be responsible for another human.

Gone will be the days of girls’ holidays sipping Sangria in the sun or rocking it out at music festivals. Our finances will forever be drained, social life restricted and our time never to call our own again.

Although we’ve come a long way, this view that women ought to be settled, married and with kids before the big 3-0 is still very ingrained in people’s mindsets.

But the fact is women are not tins of tomatoes that go stale and are no good once their expiry date passes. We’re human beings. We don’t have a time stamp on our ass.

We won’t suddenly get to 35 or 38 or whenever the “biological clock” stops ticking and shrivel into childless, desperate messes.

Yes our looks won’t last forever, some will age gracefully like Helen Mirren (she never had children by the way and has a rocking exterior for someone in their eighth decade), while others will end up more weathered, but the same goes for men – and however we end up fairing, there’s more to women than our flesh and the fact we’re able to procreate.

We also have something that took hundreds of years of fighting to achieve – choice.

We no longer have to marry to gain a foothold in the world, people are living longer, we can focus on our own interests, we don’t have to be with a guy to have a baby and we can choose not to have children.

And a lot of those who do have families find it very hard – there’s an increasing tide of single mothers, while those who have men say it can be like having an extra child in the house.

Not to mention an already overpopulated planet and the global climate change crisis.

So you can shove your shelf life and stick your old-fashioned and ignorant views elsewhere.

Let’s hope Laura doesn't feel the pressure and stays single rather than settle.

Lifestyle and features writer for the Woman and Weekend titles 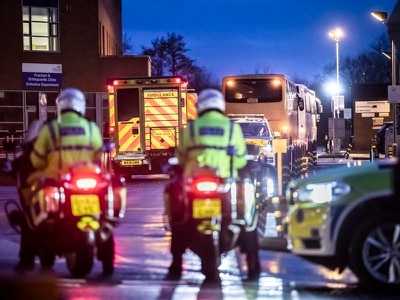