A group of inspiring young people from Walsall celebrated the premiere of their own documentary showing how they have turned their lives around.

Participants, Malachi Edwards, Denzel Padya, April Arrowsmith, Kacper Pasiak and Nao Marshall, all from Walsall, opened up on camera about their past and struggles in their lives, touching on issues with mental health, bullying and employment.

They worked closely impact officer, David Mowatt, to create a film aimed at breaking down barriers to employment and training while building their confidence to help them move on to progressive opportunities.

Malachi, aged 18, said: "We came from a background where people didn't understand us and our struggles and because of this we became angry so we started going out there and committing unnecessary crimes to release our anger.

"So when Open Lens found us it was like they knew who we were, we've built a relationship with each other and learnt we don't need to do what we used to do anymore and we can get through it.

"This documentary has touched the core, we went back to the past and addressed things that were difficult and upsetting, but we've got each other to talk to and help us get through it, we're a family now."

The film, which premiered at The Light cinema in Walsall, took a deeper look into their backgrounds and some of the causes of why they made certain decisions, as well as the turning points in their lives and how the project has played a part in that.

April Arrowsmith, aged 22, added: "I'm so glad to be a part of this programme, it has shown me I can get over my own barriers and created a clear pathway for me.

"Before I started I couldn't see a way forward, now I'm going to be a peer mentor at the Beacon centre because I want to give back to them as they helped me so much."

Black Country Impact is a programme for young people aged 16 to 29-years-old to help them overcome barriers they face.

Funded through the European Social Fund, National Lottery Community Fund, Youth Employment Initiative and match funding, it has already engaged with more than 3,500 and supported 1,143 into employment, education and training.

Mark Lavender, head of programme management, said: "The ethos is we deliver, we wanted something that meets the aspirations of young people, treats them with respect and delivers what they're looking for. This project has allowed them the space they needed to achieve.

"We started this programme with a hope it would make a difference and it is." 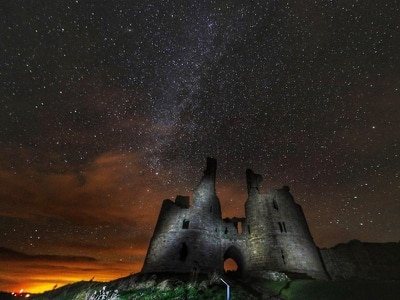