Stafford Castle provided the backdrop for a night of laughter, shocked gasps and reflection as Stafford Festival Shakespeare returned.

Theatre fans flocked to the 14th Century keep in the glorious sunshine to enjoy this year's offering - The Merchant of Venice.

The Bard's classic play follows the story of Antonio, a Venetian merchant who is approached by his dear friend Bassanio to provide him with money to chase his suitor, the captivating Portia.

While Antonio is cash-poor as his ships and merchandise are busy at sea, he promises to cover a bond from Jewish moneylender Shylock.

Antonio acts as the loan's guarantor, promising that if he is unable to pay the loan at a specified date, Shylock may take a pound of Antonio's flesh.

But this retelling of the story had a twist - we had been transported from 1590s Venice to the roaring 1950s New York. While the castle itself and surroundings may have been utilised better in last year's production of Macbeth, this provocative show saw a stylish tower block standing lofty above the audience as the busy hum of pedestrians marked the start of the show.

Swirling circle dresses, sharp suits and diners plunged the audience into the murky streets of the Big Apple, though it felt as if something was missing to fully complete the illusion. Though a simple set and few props focussed the audience on the drama unfolding before their eyes, it did detract away from the modernisation of the show and at times failed to transport us into this new world.

The setting may have changed, but the impact of the story remained strong thanks to the superb acting from the cast.

Thom Petty dazzled in the role of the merchant himself, Antonio, with his opening lamentation over the nature of his sadness immediately gripping the audience, while his plight to escape Shylock's knife had many crowd members gasping in the show's culminating scenes.

Similarly strong was Alastair Natkiel as the effortlessly charming Bassanio, perfectly embodying the loyal friend and passionate lover at all times. Thomas Winter as both Gratiano and Tubal as well as James MacNaughton playing the role of Lorenzo also impressed as part of the ensemble with their rebellious antics in the name of love.

The dazzling wit and enthusiasm of Portia was brought to life by Jessica Hardwick, whose exaggerated movements and expert delivery kept all eyes on her. She truly shone during the characters' iconic mercy speech in which Portia begs Shylock for mercy as he looms over Antonio with his dreaded knife.

But it was Eastenders star Linal Haft as the cantankerous Jewish moneylender Shylock that really stole the show. Themes of anti-semitism run strong in this show, and Linal perfectly encapsulated the hatred that Shylock had harboured after years of being subjected to the torture of the Christians surrounding him.

The audience could truly feel the pain he was going through as he lost his daughter, and the anger he felt towards Antonio and Bassiano as he prepared to take his pound of flesh.

Kate Roche as Lancelot of Gobbo and the Prince of Arragon provided some much-needed comic relief in the performance, receiving chuckles with her comical Birmingham accent and drunken stumbling across the stage.

The cast took their final bow as the sun set over the glorious backdrop of Stafford Castle, marking the end of the powerful and thought-provoking show.

Step into a community divided by wealth and religion in The Merchant of Venice at Stafford Castle. While the new guise may fall short, superb acting propels this classic show to a whole new level. 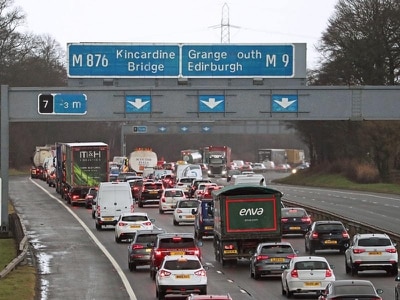